As the old saying goes, money makes the world go round. Whilst it apparently can't buy you happiness, it can buy an awful lot of other things; flashy cars, huge mansions, private jets, presidential nomination, you know, stuff that people without money can only dream of. And the same is true in the fantasy worlds of comic books. In order to get ahead, you need dollars. But which characters have accumulated the greatest wealth during their time in print?

For the record, I am not including any characters on this list whose wealth cannot be quantified, so I'm not including any aliens such as The Collector or Gods like Odin and Thor, nor am I including guys like Namor and Aquaman, who would be undeniably wealthy due to being rulers and having access to any shipwrecks they should want.

Warning: Actually, no opinions this time, although some of the facts are conjecture, but done by people who know a lot more about finance than I do so hopefully they're accurate.

If it wasn't obvious enough by the mansion, Professor X is rolling in dough. He can afford technology that would make even the most state of the art scientific facilities blush, he has his own private super-sonic spy plane (which alone is worth many million of dollars) and still has enough cash left over to be able to fund his own private school. Of course, Charlie inherited most of his wealth from his parents when they passed away, but it still places him on this list. And lets be honest, would it surprise anyone if Xavier made a bit of money through the stock market, considering he has the power to read and influence other peoples thoughts? Sure it's a bit unethical for him, but the X-Men have to earn money some how. 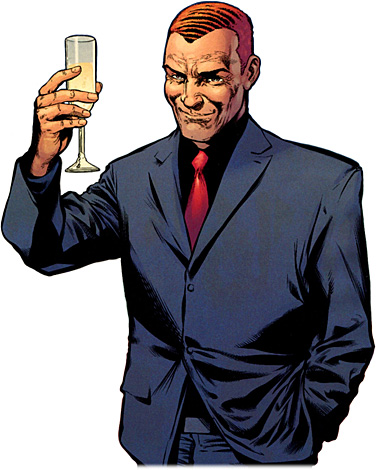 Expect to see a lot of industrialists on this list. Norman Osborn is the head of a multi-national chemicals company and a self made billionaire. Oscorp is considered one of the largest fictional companies by Forbes, with an estimated annual profit of over $3 billion. And then we have the fairly lucrative position of being in charge of Earths defences as Head of Shield and the Head of Hammer (or Hammer Head) that Norman held for a few years recently. Of course, he does have a horrible tendancy to spend his money on Goblin Gliders and chemical weapons, but that stuff doesn't come cheap. 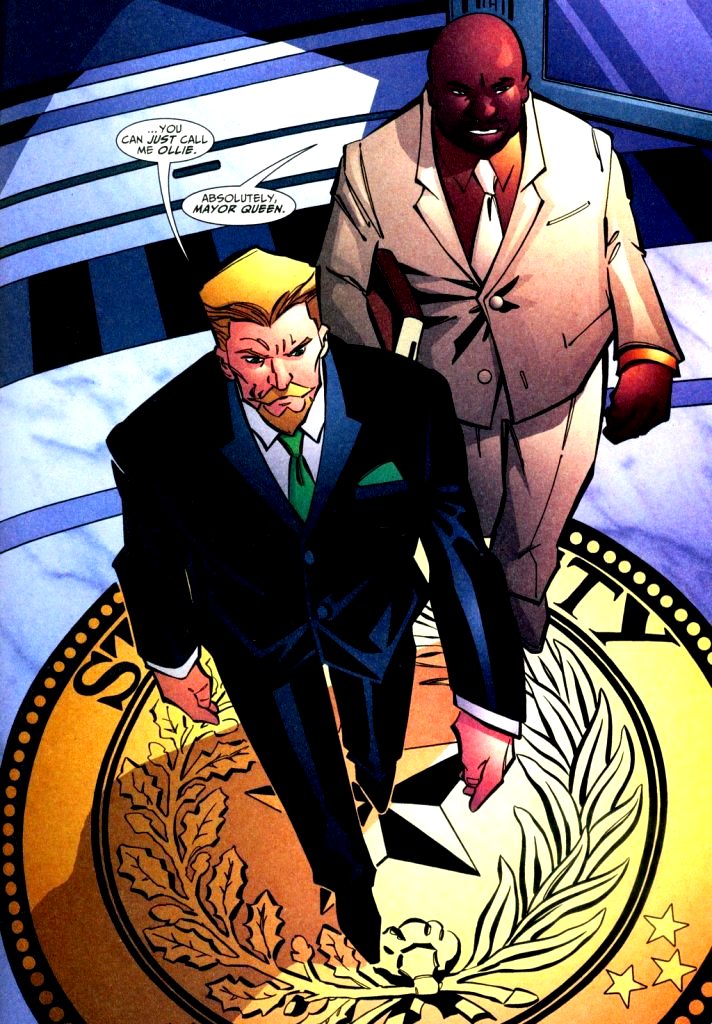 Yet another industrialist, Oliver Queen is the former head of Queen Industries, originally a weapons manufacturer and now head of Queen Industries subsidiary Q-Core, which produces more everyday electronic items. He has also gained some measure of political power, becoming Mayor of Star City for a time. His estimated wealth ties him with our number 7 spot, however there are a few factors that place Queen in 8th. Queen has sold off his company at least 3 times, as well as the fact that he has lost his fortune and had to rebuild it from scratch. However, a special mention must be given to the amount of charity work Queen is known to do and for how much of his company's profits are donated to charitable causes, meaning he may have placed higher otherwise.

Much like Oliver Queen, Adrian Veidt was born into money. However, unlike Queen, Veidt gave his entire fortune away and then rebuilt it from scratch, rather than loosing it. His incredible intelligence and shrewd business sense built his business empire purely on his success in marketing himself. His company has also conducted research into genetic engineering, resulting in Veidt's pet, Bubastis. His wealth has also been put towards various humanitarian causes, such a famine relief in India, and building a giant fortress in Antarctica.

Father to "The Worlds Richest Kid", Richard Rich sr. is the head of a multinational industrial empire and is apparently so rich his sons middle name is a dollar sign. Rich enough to have been described as a billionaire in the 50's and 60's, he owns several mansions, a luxury steam liner and a robot maid, as well as his son owning two of everything money can buy. Oh, and he lives is the town of Richville. Now that's rich.

With wealth consisting of the GDP of a small Eastern European nation, it should be no surprise that Doctor Doom would be in the top 5 of this list. Funding the re-structuring of his home nation and re-establishing his rule after being deposed, Doom is archetypal of both aristocratic wealth and dictatorial wealth, spending his money on equal parts furthering his country's international standings and his own ambitions, scientific projects and the manufacture of various weapons of mass destruction. He has also funded a military campaign to invade Wakanda and obtain control over the country's valuable Vibranium resources.

A notable businessman, inventor, scientist, media mogul and philanthropist, Alexander "Lex" Luthor is a self made billionaire and one of the most powerful figures in the world in DC continuity (what little there is left of it), both financially and politically. He has used his vast fortune to fund many foundations, charities and civic improvements, as well as funding his own successful presidential campaign. He, like many other on this list, has also invested his money into scientific endeavours, such as synthesising Kryptonite or creating weaponised battlesuits. His company, LexCorp, is a highly successful multinational conglomerate, with contracts in aerospace engineering, oil extraction and distribution, media, utilities, waste management, communications, real estate, finances, transportation and security, amongst many other areas. At one point, LexCorp employed approximately two-thirds of Metropolis' 11 million population.

Owner of Wayne Enteprises, Inc. Bruce Wayne has the honour of being the richest man in the DC comics universe. Having inherited a fortune that can be trace back to the 17th century, Wayne is the epitome of old money. His business ventures have included shipping, chemicals, manufacturing, construction, electronics, healthcare and pharmaceuticals, transport (including both automotive and air travel), oil and green energy, media and biotech. Wayne also oversees the Wayne Foundation, a philanthropic organisation designed to reduce world poverty, crime and social problems. In addition to these notable business ventures Wayne has also secretly used his fortune to create and fund such technological achievements as the Justice League's Watchtower space station and his own personal collection of batmobiles, batpods and batcopters.

A notable genius, billionaire, playboy and philanthropist, Tony Stark is CEO of Stark Industries, the largest corporation in the Marvel Comics universe. Formerly a pure weapons manufacturer, even providing technology to Shield (including Helicarriers and Life Model Decoys) and the Avengers (Quinjets), like most other businessmen on this list, Stark has expanded his portfolio to include chemicals, computing, medicine, food and security, amongst others. He has also funded humanities first construction project in the Negative Zone alongside serving as Head Of Shield. It is also worth noting that each of his Iron Man suits is estimated to cost around $100 million to create.

Estimated Wealth: Between $500 Billion to $90 Trillion

Turns out Tony Stark isn't even the richest Avenger. Much like Victor Von Doom, T'Challa has the GDP of a nation to back himself. And unlike much of Africa, Wakanda is a prosperous, technologically advanced nation. But what makes this so worthy of note is that Wakanda is one of only two places in the world where you can find Vibranium. Supposedly the rarest metal in the world, Vibranium also happens to be one of the most useful. It can absorb any vibration or kinetic energy (the more energy it absorbs the tougher it becomes), making it a highly viable building material, as well as being a powerful mutagen, giving it potential medical and military applications. It is also one of the key foundations in the production of Adamantium, the strongest metal in existence. It has been speculated that one gram of Vibranium could be worth up to $100 million, and T'Challa owns the biggest supply in the world. Is it any wonder he sits at the top of this list?

So that's the list. What would you do if you had as much money as anyone on this list? Let us know in the comments below.