I've just added a new set of items to HeroMachine3, "Body-Male-Materials". It has the following options: 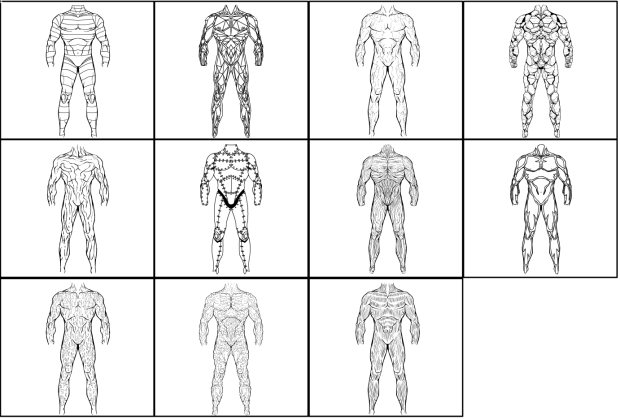 As usual, you might have to clear your cache for the new stuff to appear.

From left to right and top to bottom, they represent a direct translation of the options in the same set for HeroMachine 2. They are:

I haven't broken them into pieces because a) I'm lazy and hate doing that and b) I wanted to see if there were any additional materials you'd want to see here. I think it makes more sense to have the full set available up front, then all the pieces later, to save so much scrolling.