Eye of the Tiger. Rabbit. Zombie. Whatever.

When last we left our intrepid stuffed bunny explorer, we were experiencing a severe case of authorial smack-down, wherein he gaver us the hand while we considered of enacting scenes from "Pulp Fiction". Only instead of a samurai sword and a gut-wrenching case of involuntary S&M, we had a tire iron and a gut-eating case of zombies. It would seem that cooler heads prevailed and we decided to go with the disguise option instead. Now we get to see if this Matt Youngmark fellow is a kindly old guiding-force wizard or a reader-hating attack weasel. 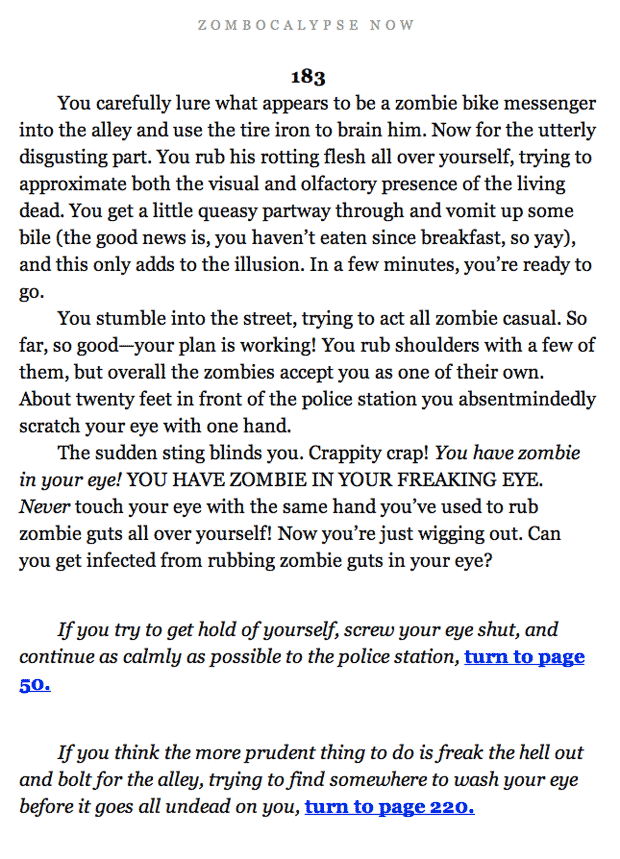 Wahoo, wizard it is! At least until he makes us get our brains eaten in the next installment. Though that has eerie similarities to being a Kardashian-watcher now that I think of it, what with the involuntary brain-melting and soulless husks wandering about.

Getting zombie in my eye brings to mind the one "Super Friends" tip I remember from when I was a kid. If you're too young to have seen it, "Super Friends" was the only comic book related entertainment we had available to us, which in a way is like finding a starving person in the desert and giving them nothing but Ex-Lax to eat. It was that bad. For those of you who will disagree with me in the comments, all I can say is "Wendy, Marvin, and Wonder Dog."

Anyway, periodically the Super Friends would pop up before commercial breaks to give the youth of America some kind of helpful hint. "Don't eat kryptonite" was the Superman one, or maybe "No one will recognize you if you get glasses." Memory fades, but the installment that sticks with me the most was actually from Aquaman. He helpfully told us that if we had something stuck in our eye, we could pull our top lid down over the bottom lid, which would make our tears start to flow, washing out the offending bits.

Which works! It's proof positive that television can teach you things, parents, so suck on THAT, FCC!

Of course, being a cynical little bastard even then, I kept wondering how in the world Aquaman would know this. I mean, dude lives in water, how often does he need to generate more water to wash out his eyes? Plus, fish don't have eyelids!

As you can see, I was destined to be a Comic Con attendee even before Comic Con existed.

Somehow I have managed to drive myself completely off the rails (yeah, why doesn't Aquaman do a PSA for the well-known underwater railroad system! Or "How to survive in a desert"?!), which were rapidly whisking us down to Decisionville. So what'll it be, my fellow stuffed zombie hunters? Do we run squealing back to King Arthur of Atlants to yank on our nylon eyelids to get that zombie right out of hour hair, or do we gut it up and wander on into Coptown?

This entry was posted in RPG Corner, Zombocalypse Now. Bookmark the permalink.

18 Responses to Eye of the Tiger. Rabbit. Zombie. Whatever.