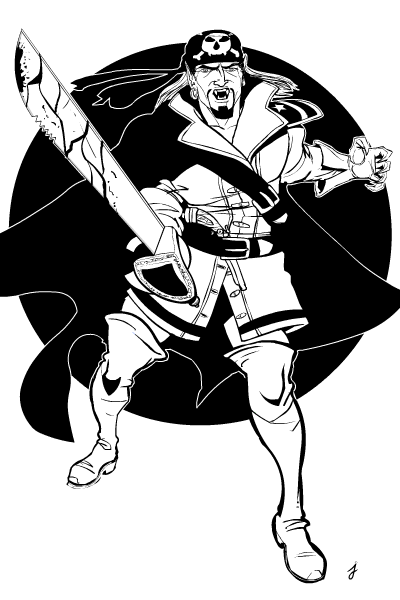 We had a fun time in Character Contest 67, taking two names from a list to make a mish-mash type of character. I thought it would be good to do that again for the new folks who've joined the community since then, and to give the old-timers another crack at it as well.

Note that you can't re-use characters from any other contests!

In the past I've done a few different Sketches of the Day that involved combining two different archetypes into one. For instance, there was Redneck Wizard, Ninja Cowboy, and Cyborg Pirate.

Thus, your challenge this week is to design one or more characters by combining two words from the following list (slightly updated from last time):

So for example, you could do a "Cyborg Cheerleader" or an "Samurai Alien" or "Dinosaur Doctor".

No limit on entries this week, so give it your best shot!