With great pleasure, I present Round Three of Friday Night Fights 3, featuring the following fantastic fights: 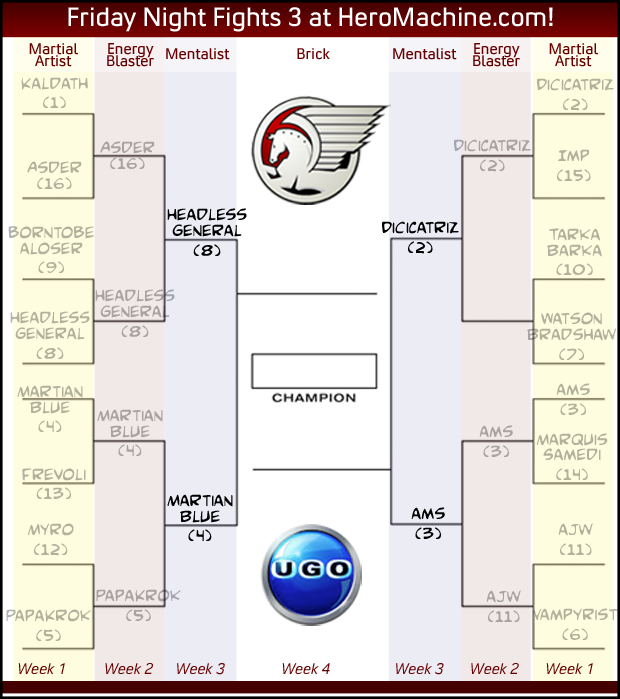 As a quick review, there are two head-to-head contests this week. You can vote once in each matchup for your favorite. The winner of each fight will duke it out head-to-head next week for the Championship.

Good luck to our Final Four! Note that you can click on the image in the poll to see it full-size, and that once again results will be hidden until the polls close next Friday at 1 a.m. Mountain Time.