I've just added the Tops-FemaleFantasyArmor set to the HeroMachine 3 Alpha. Let me know if you spot any problems (other than the one that shows the pattern in the midsection that's supposed to be bare). As usual, if you don't see it in the list, clear your browser's cache and reload HM3. 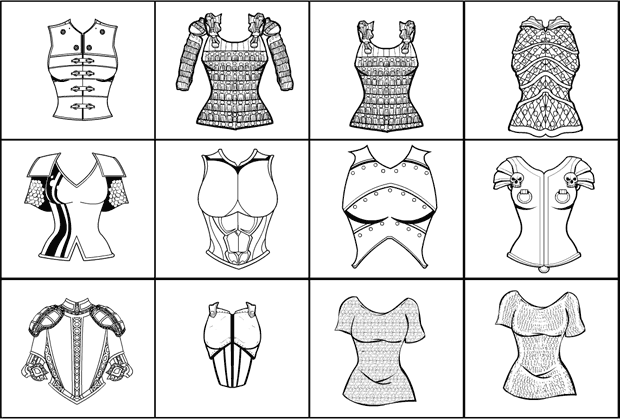