First off is the new undersuit for my Valkyrie Frigga. The bodysuit was fine, but low cut, especially in the back. Also the issue of it being one piece, so it would make things like using the bathroom interesting. Added to that was the lack of texture or pattern. So, I found something else.

Jammies! Well, long johns. Already textured and in two pieces. They are obviously men's long johns, but the front will be covered anyway so the extra space there shouldn't be an issue. They are super comfy, too.

Second, we have another bodysuit. This one for Younger Spawn's new-version She-Ra costume. Bonus with this is that she can use this for dance, as well! 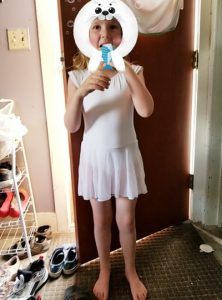 And third, we did a mustache test for Elder Spawn's Freddie Mercury. We got a pack of cheap mustaches and he tried one of the 'non-Freddie-like' ones. I think they'll work just fine! His Deckard Cain robe is on the way, and I can't wait to get my hands on that and really get rocking with that one! 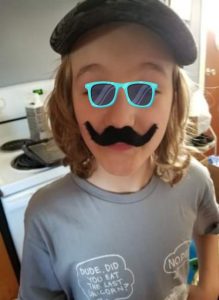 Finally, our cake. Elder Spawn is doing a historically-accurate Norse mythology theme for his birthday, and for that we are making historically accurate food. We tested this recipe: 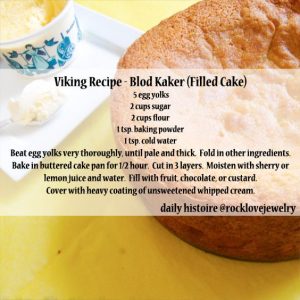 We did however make some changes. We used honey instead of sugar (not 1:1, more like 1: 3/4), and used one cup of barley flour and one cup all-purpose flour. The baking powder isn't exactly accurate, but you can only do so much. But, this is how it turned out. 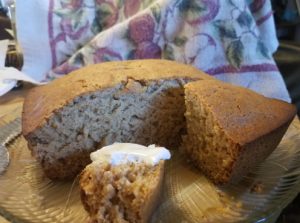 It's quite nice. Very dense, almost more like a bread than a cake, and not overly sweet. Ours obviously had a strong honey flavor and the barley flour is definitely there, too. In the pic we tried it with whip cream, but I've had it with jam, and honestly I think it's better with the jam. Both would probably work really well. If you filled with jam or fruit like you're supposed to, plus something on top, it'd be awesome. We have a couple of other recipes to try, and we'll see how they go.

Well, I wish this was a bigger update, but hopefully once birthdays are all taken care of I can turn my focus more on costumes when I do have a day off. Spider-Man: Far From Home is out this week as well, and we have every intention of seeing it. So hopefully the next post will be more exciting. Until then!

This entry was posted in Movies and TV and tagged 2019, cosplay, costume, geek culture, nerd, news, road to comic-con. Bookmark the permalink.