Well, last week we did the best, so this week I'm being predictable. To clarify, I'm looking at films that were released by a major studio and given a full distribution (so nothing like Pumaman or other b-movie style superhero films and no straight to TV stuff like Swamp-Thing and obviously no Howard The Duck because whilst he was a comic book character he wasn't a superhero per se). As a little game, I want everyone to guess what number 1 is before reading and put down in the comments what you thought it would be and if you were right.

Honourable mentions have to go to Steel, Daredevil, both of the original Fantastic Four films and X-Men: Last Stand for being not quite terrible enough to get on this list despite a lot of people probably expecting them to be on here. 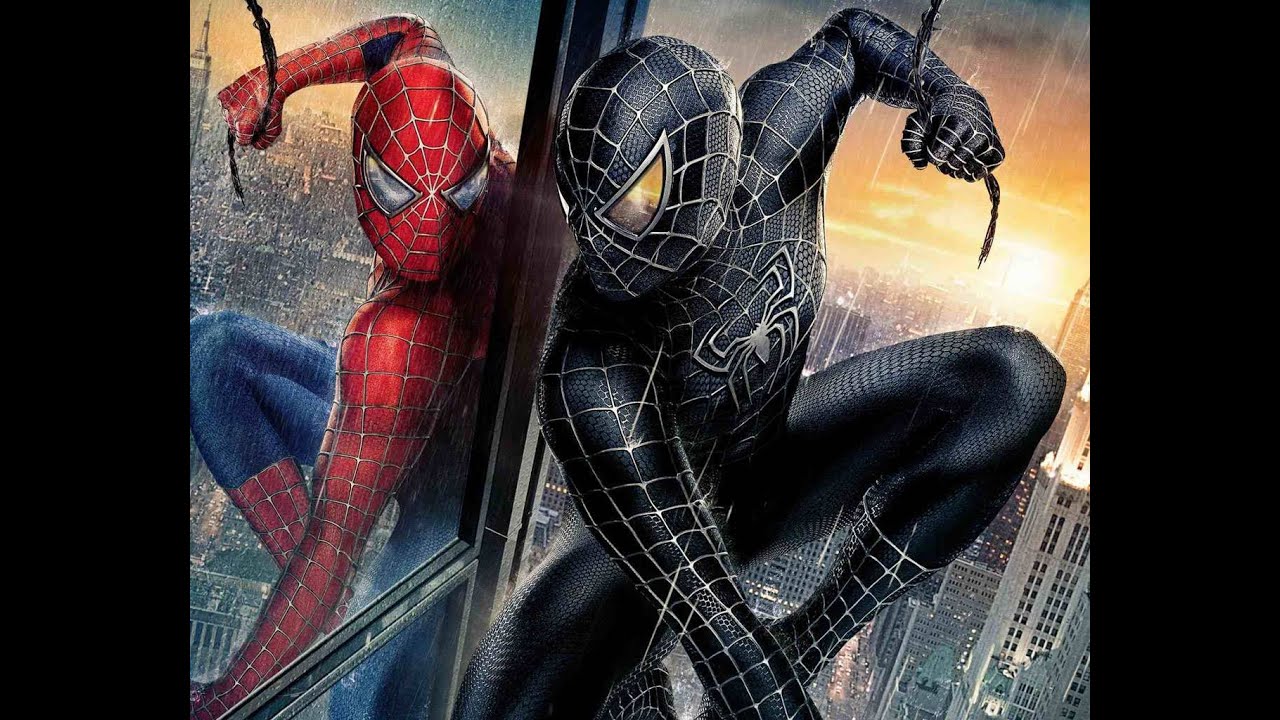 So, much like my "Best Superhero Films" list, we start with Spider-Man. And boy was it a doozy. It's hard to tell where exactly this film went wrong. The boring plot, the mishandling of classic characters (Venom, Gwen Stacy and her father, that's pretty much enough to bring a tear to any Spider-fan's eye), the horrible acting (from pretty much the same cast that had just put out one of the best superhero films no less), the cramming in of 3 major villains and underutilising all 3, the list goes on. But no, I think we can safely say that the thing that killed this film was Emo Peter and his Stupid Dancing. It must be killed with fire so hot that Johnny Storm would look at it and say "nah, to hot for me thanks". Pretty much the only thing this film didn't do terribly was Sandman, and that's debatable.

I once said this was the worst superhero film bar Batman and Robin. I was wrong. It's the 9th worst superhero film. But that's not much better. The best thing we can say about this film is that it happened, mistakes were made and they were learnt from and then more mistakes were made and those were learnt from and now we have a cinematic Hulk that actually works, so props to Marvel for that. Oh and it had a couple of cool cameos (from the people you'd expect). Other than that? Well, when a film all about a huge green man made entirely of anger and muscles smashing through everything and anything is so boring that I've never actually been able to watch the whole film without falling asleep, you know it's pretty bad.

Look at the faces in the picture above. One should stand out above all others. This film contained Ryan Reynolds. We all know what that means don't we. If you don't, you'll find out later in the list. When a film has a production period so bad that the main star won't even communicate with various other members of the cast without using either notes or an assistant, you know the film is not going to be very good. Plot wise, well, it's pretty much the same as the previous two only worse, so you're better of watching them.

7. Superman IV: The Quest For Peace

Yay, it's "Not Bizarro played by man who can't act" vs. "man who can rebuild national monuments with his eyes". This film was so bad that it got retconned out of existence by another film that wasn't very good and is now only remembered for how bad its sfx were. Apart from the terrible sfx (even when compared to earlier Superman films, which are, to be nice, 70's sfx films), you have plot holes, an unoriginal script, terrible dialogue, a cast who look like they'd rather be anywhere than on the set and the pacing of a tortoise funeral march. Also, who thought it was a good idea to give Gene Hackman's Lex Luthor, one of the best on screen supervillain portrayals, a comedy sidekick?

This was a film. It did badly. Everyone hated it. It had a plot, I think. Couldn't tell you what it was. It also had dialogue, though that was written by someone who obviously didn't know how to dialogue. And there was some "action" and I use that word very loosely. Mind you, they were using Daredevil as the building blocks for a spin-off and that film was.... lets be charitable and say that it wasn't bad enough to make this list. 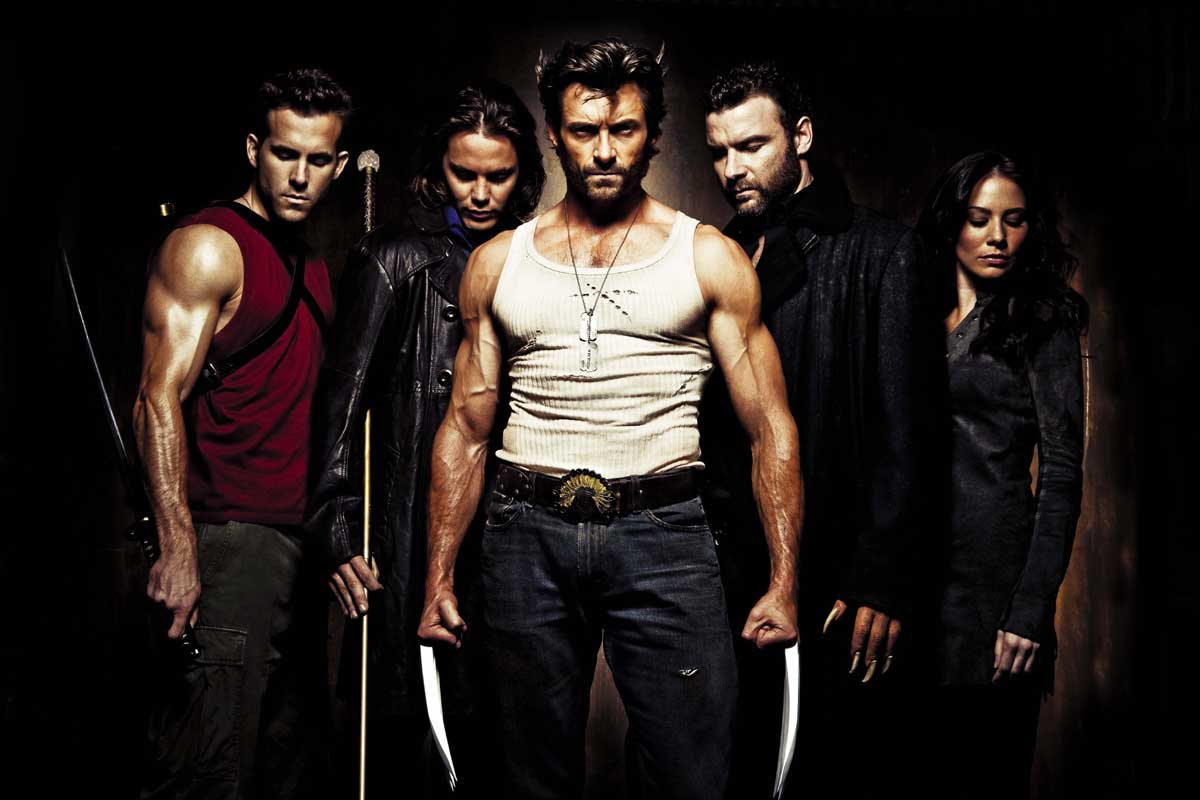 Oh, look who it is. Ryan Reynolds again. Honestly, if Deadpool hadn't been as good as it was I'd say the guy was superhero movie poison. What is there left to say about this film. The more it went on the less it felt like the writers seemed to care about the film, the amount of plot holes it had, the more convenient everything became and the worse the entire film became. Yeah, it was a great idea explaining Stiker's motivations and show us his descent into madness, but X2 did that so well already, it was just re-treading old ground. Oh and Deadpool Dot, dot, dot.

4. F4ntastic (think the 4 is in the right place, but honestly don't care)

And this is what happens when you let people who really don't care about a project make a project that a lot of people who aren't involved in making it care a lot about. Lacking any of the elements that made the team successful in the comics, you know like likeability, charisma, chemistry, a bit of humour, a good storyline, you know, just the little things. Yes the effects were good, no actually that's a lie, the effects weren't good. But still there were some good performances. Nope, that is also a lie. I mean, there are reviews of this film that call it the cinematic equivalent of malware. That should tell you all you need to know. It's pretty impressive feat to make the two previous F4 films look half decent in comparison, but this film managed it.

I don't care how good Ryan Reynolds is in Deadpool, I can never forgive him for this film. List of problems. The sfx are terrible, therefore the costumes are also terrible, because they're all sfx costumes. There is a plot, but half of it was cut out in the edit, only minor bits like the villains entire character development and major character development for the main character and his love interest. Then you have the fact that Ryan Reynolds does not appear to have read a Green Lantern comic in his life, nor have even heard of Hal Jordan, because all he does is be himself rather than try to play Hal. Which would be fine, if Hal Jordan in the comics was anything like Ryan Reynolds, but he's not. Then they mashed up Parralax and Krona to give us a thing that wasn't either and was a wasted opportunity for both characters should this film have ever got a sequel (god forbid). Oh and can anyone explain to me why Sinestro would turn to the yellow power ring so quickly and for no reason during the credits? Still, I'm being charitable and not putting this at number 1 because there are two "super"hero films that are worse. 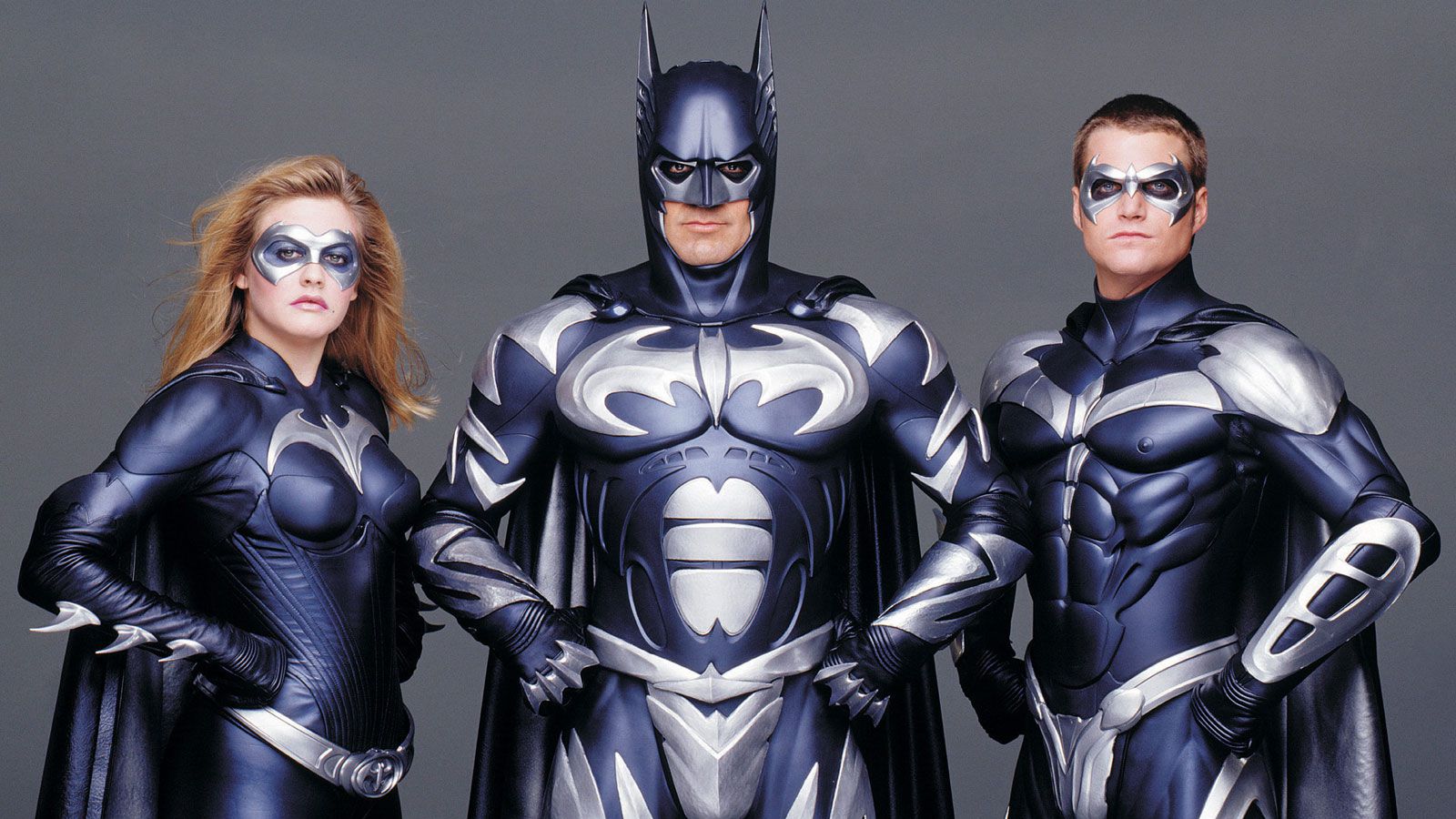 I bet most of you were expecting this at number 1 weren't you?

Well, at least Arnie was having fun, with all of the puns and manic villainous laughter he could muster. Big problem here though is that it just made the film feel way too cartoonish. This film might as well be a huge day-glo vomit, it's garish, messy and smells really bad. They managed to get every character wrong. Batman, wrong (although Clooney does the best he can with what he was given. Though why he didn't walk out after reading the script is beyond comprehension). Robin, wrong. Batgirl, wrong. Mr. Freeze, wrong. Poison Ivy, wrong. Bane, so wrong that it might as well be the cinematic equivalent of... no I'm actually going to stop myself before this metaphor goes anywhere because I'm sure nobody wants those images in their heads. Oh and did I mention that the costumes have nipples on? That means the person who made those costumes purposefully put nipples on there. That also means that someone told the person who made those costumes to put nipples on them, which means someone thought it was a good idea to have costumes with nipples on in the first place. And then the actors had to go in and put those costumes on and the rest of the cast and crew had to work with those actors during all the shooting, knowing that the costumes had nipples on. Maybe that was why Arnie was making so many bad puns, he was trying to keep his mind occupied to prevent himself from staring at George Clooney's nipples.

In terms of getting the character right, getting the feel of the film as close to the comics as possible, you know, like all the great superhero films do, this couldn't have gone any wider of the mark if the mark had been right next to them and they shot at Pluto. Lets be honest, this whole film was nothing but an excuse to see Halle Berry in a leather bra. That is literally all it is. It's a fantastic display of massive hypersexualisation. Now don't get me wrong, Catwoma in the comics is a very sexy character. But her costumes have never been that revealing and she is sexy because she's a strong, powerful, independent character who is a match in beauty and brains to anyone else in comics. In this film? Well, it's Halle Berry, so they got the looks thing, but the script is so awful it makes you wonder if someone has got an infinite number of monkeys trying to write Shakespeare and this was what happened during the toilet break (I love convoluted metaphors in case anyone didn't notice). The script is bad, the acting is bad and you should feel bad if you like this film, because it's bad. Although, good job to Halle Berry for accepting her Razzie in person.