Well, when HK said this challenge was to design a hairdo for females, I thought, "Oh yeah, this sounds like my kind of challenge." Then he told me that I couldn't enter because I was going to be the Judge. Darn!

Wow ya'll have really outdone yourselves on this one. There were alot of standouts. I would like to know just how many hair pieces you had to use Harlequin on your entries. I really liked your second entry, very well put together. And Kieth_Kanin, no one said it had to be a pretty HUMAN female, did they? Nice job on the feline hair, that's pretty darn cool. Worf, I like that you chose to do both of your's using the same character. I like the hair up/down concept. That was how I was wanting HK to make this challenge, but he has other things in mind.

Everyone did an outstanding job and I don't have enough room or time to go over just what I like about each and every one.

So without further ado, My pick for this challenge is djuby's female hairstyle. I like the otherworldliness of it. It reminds me of a character that I made up in one of HK's stories that had long hair that she would wear in a braid with metal objects in it to use as a weapon. I could so totally see this one in the story.

Thank you to everyone that entered, and congratulations to djuby on a job very well done.

BE SURE TO SAVE YOUR TEXTS FROM THIS CHALLENGE. YOU WILL FIND OUT WHY LATER. 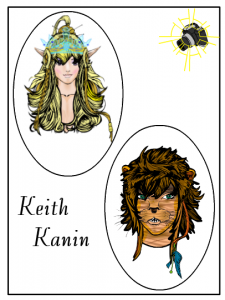 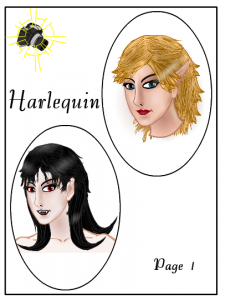 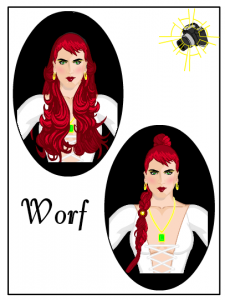 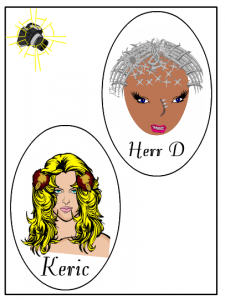 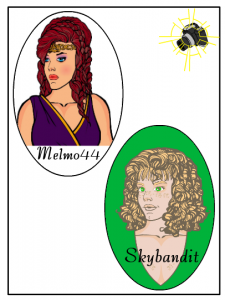 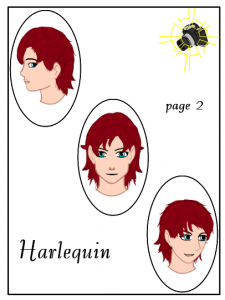 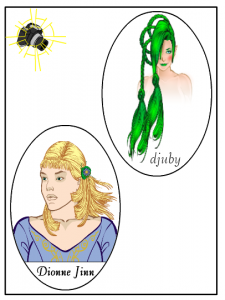 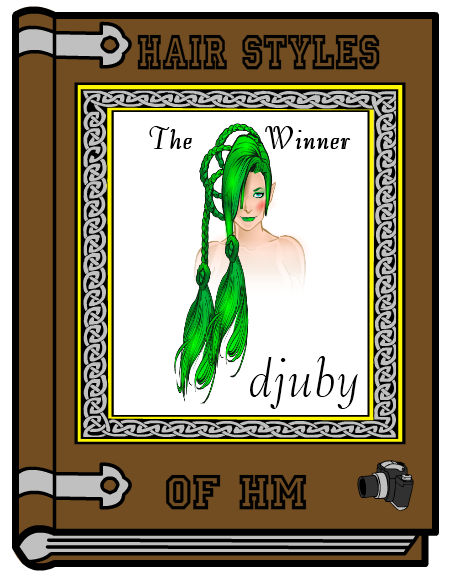