Since both days start with a "T", my little pea brain got confused and did our RPG installment on Tuesday instead of Thursday, which means now we're doing our Poll Position today (Thursday) instead of its regularly scheduled Tuesday. Alliteration is hard, people.

Luckily we have a titanic cross-cultural Versus for your Thanksgiving (another "T", run!) consideration: 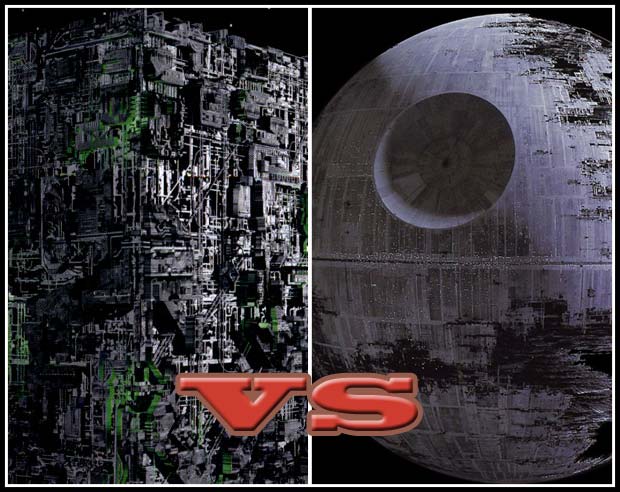 How shall we decide? Here are a few of my thoughts:

So it's pretty even. I'll have to throw it to the audience for more input and evaluation -- what say you, HeroMachine nation?

48 Responses to Borg vs. Death Star