Wow, we had a lot of very funny entries for Caption Contest 107, thank you all for sharing your humor and wit! Here are some of the entries I thought represented the best replacement dialog for this panel: 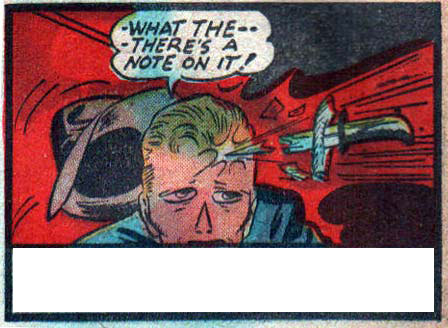 I thought the variety of approaches on this one was great, with some doing an "editor" style aside, others actual dialog from the character, and still others the actual text of the note. Good stuff!

I had a hard time picking a winner, so I ended up falling back on my old stand-by: Which ones made me laugh out loud the first time I read them? And the answer to that was ... Frevoli! 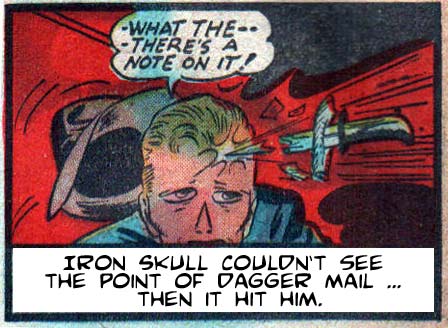 I counted two excellent puns and a cool new concept, "Dagger Mail". I can't wait to get my first letter. Also, ironically Frevoli's prize for his last Caption Contest win, and today is International Talk Like a Pirate Day! That's gotta be some kind of karma.

Anyway, Frevoli, let me know what you'd like for your prize, congratulations to the Finalists above, and thanks to all the others who entered but who I couldn't paste in due to space constraints. That was a fun one!