Over the river and through the woods to Grandmother’s tower?

In our last adventure, we were confronted with an angry six-man party of the local constabulary, and faced a decision about whether to fight manfully (wolfily?) on, or flee out the back door. Apparently discretion is the heart of valor, because we voted to fly! The question now is, what is the best way to run away. If only we could ask Sir Robin. 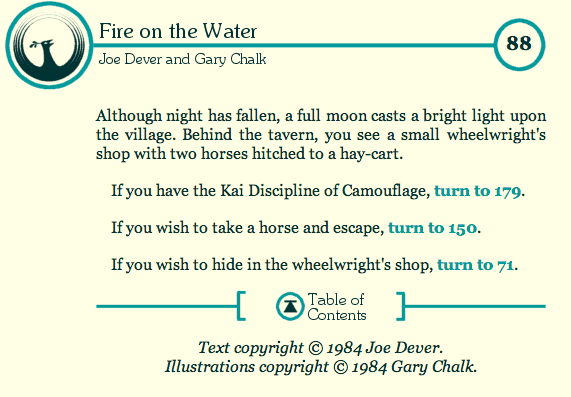 Now, this doesn't sound like a very interesting decision on which to vote. And it sounds like that because it's not. So I am going to pull rank and call it for Sparky the Wonder Horse. That's just how I roll as a country boy. That leads us to: 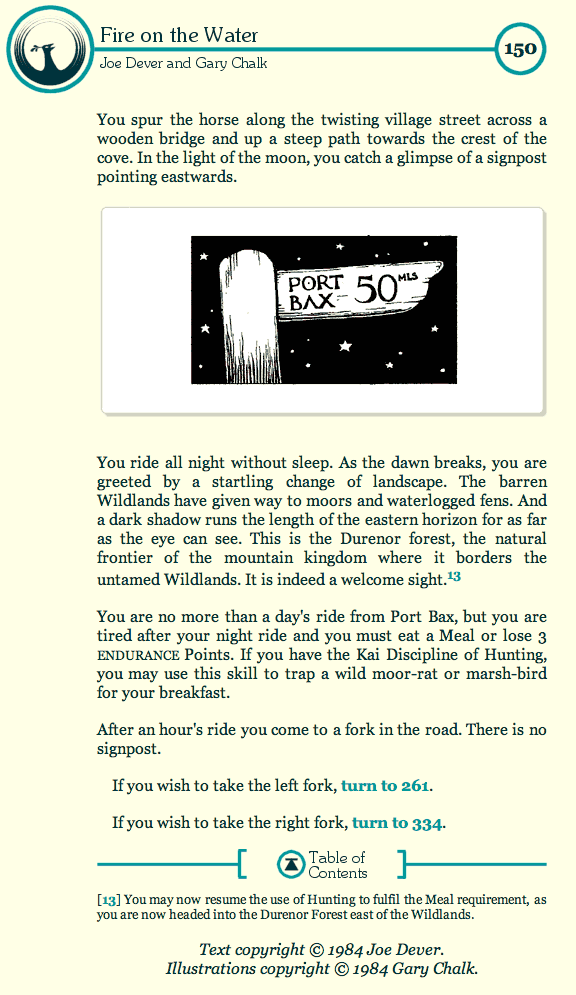 Another fascinating decision to make that both enhances our understanding of our character and promises non-stop fun! It's these seemingly innocuous, totally random choices that make these books so fun. Because there's nothing like a pointless decision that leads to your immediate and unavoidable death. Good times.

Again, this isn't a very interesting decision point so I assigned left to 1-4, right to 5-9, and used our Random Number chart. The gods have sent us "right". 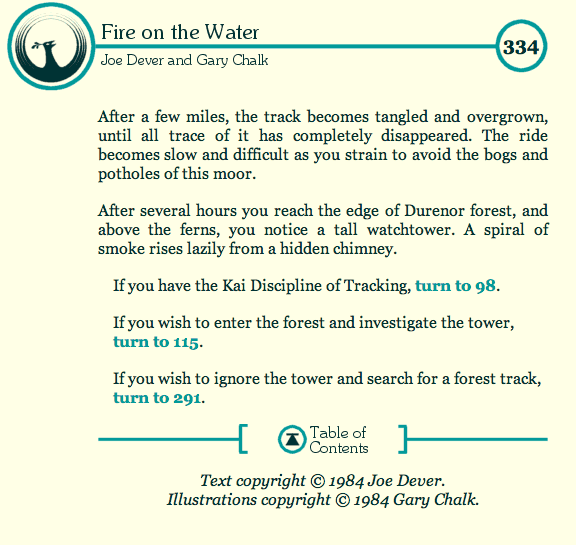 Aha! An actual, non-random action to take! So now we must choose whether to enter the tower, or ignore it and search for a trail. Smoke's coming from the building so we know someone is there. However, since half the people we've met so far have tried to kill us, maybe that's a Bad Thing. On the other hand, our record of navigating wilderness isn't exactly stellar, as evidenced for the fact that somehow, while riding a horse, we managed to lose an entire road that had, for at least part of it, big huge road signs pointing the way to the next major town.

We definitely do not have the Kai Discipline of Tracking.

So what's your call, intrepid explorer, and why?

20 Responses to Over the river and through the woods to Grandmother’s tower?