Alone in the world is Poor Little Kai

In our last episode, the Lone Wolf was floundering about in the open ocean, wracked by both the storm that destroyed his ship and his own indecision. Ultimately the gods (that's us) who rule his consciousness decided overwhelmingly to flag down the fishing boat on the horizon. And it turns out to be Sig Hansen from "Deadliest Catch"! OK, not really: 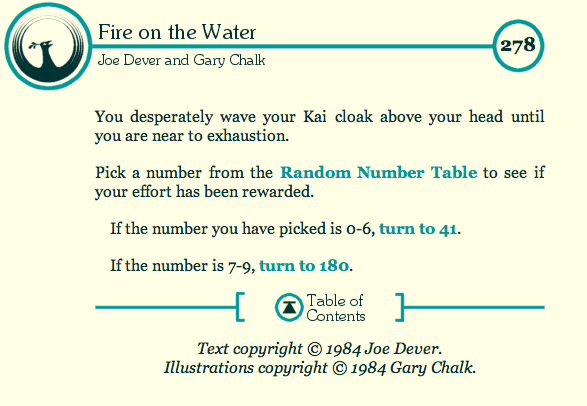 We get a "4", resulting in the following dilemma: 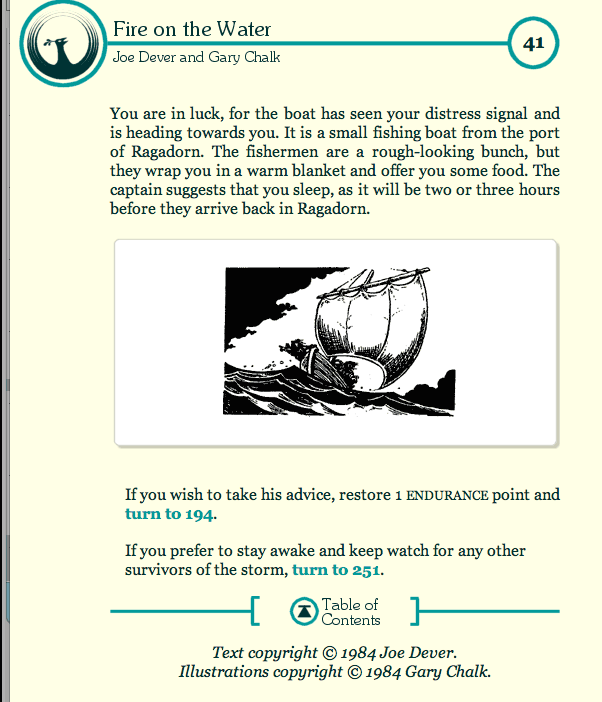 Through a deft bit of detective work (or as you laymen would call it, "Clicking and using the Back button"), I've discovered that both choices lead to the same place. So in the interest of moving the story along a a bit, I went ahead and chose to rest up and recover: 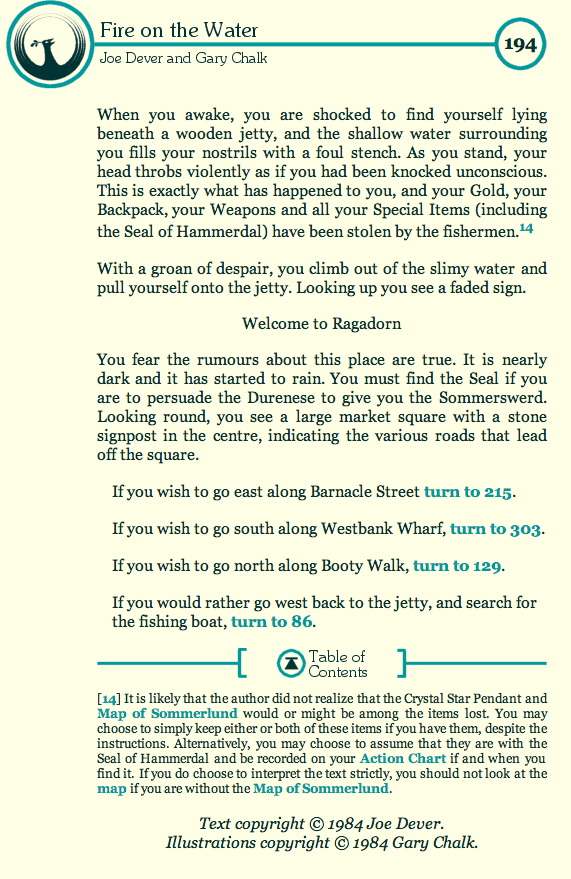 This is why you never hitch a ride with the Hilstrand brothers (that's two Deadliest Catch references in one post, which I think is our limit). I just hope nothing else untoward happened while we were lying unconscious ... ugh.

So this is where we are, folks, with a throbbing head and an empty Backpack. All our carefully hoarded goods are gone (for now, at least) and we're alone in a strange city. Whatever shall we do?!

Personally, I'm up for trying to hunt the mugging bastards down. We need the Seal to complete the quest, and it's no fun being in a new city without a little scratch for entertainment. Hopefully if we find them we can introduce them to the Kai Discipline of Burning Down Your Effing Boat.

But it's up to you, make your case in the comments and we'll see where we end up.

13 Responses to Alone in the world is Poor Little Kai