We left our intrepid Lone Wolf Cub dithering in the cabin of his ship's captain while a fire raged in the hold, pondering whether to search the cabin or follow the leader upstairs. By almost a two-to-one margin, we have apparently decided our adventurer is the Straight Arrow type. Thus, up to the deck we go: 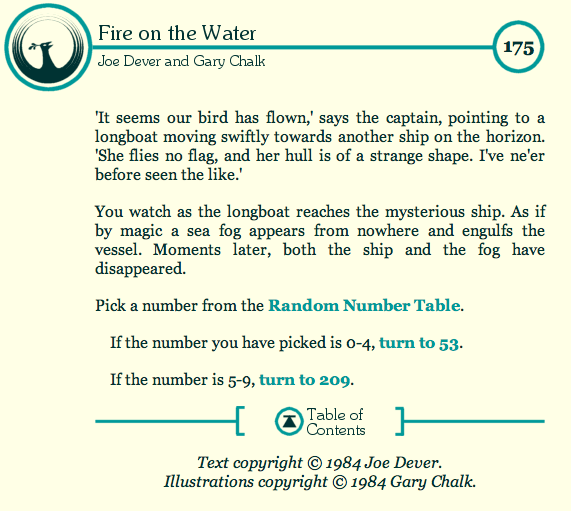 Ah yes, the old "cause a massive wall of funk to appear and then off you go!" school of villainy. Also known as adolescent high school male behavior.

Regardless, I dutifully picked a random number, coming up with a six, sending us hither: 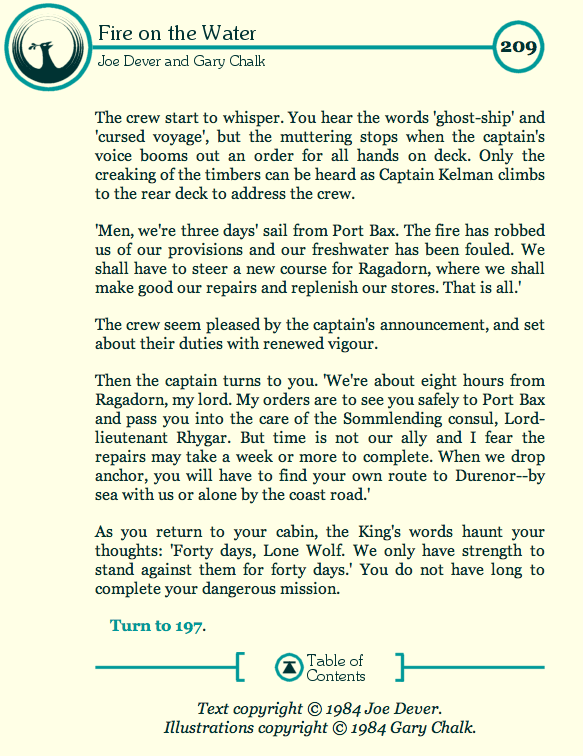 Our deadline causes a restless night of sleep, apparently, but we have cause to wake up in a heap of hurry the next morning: 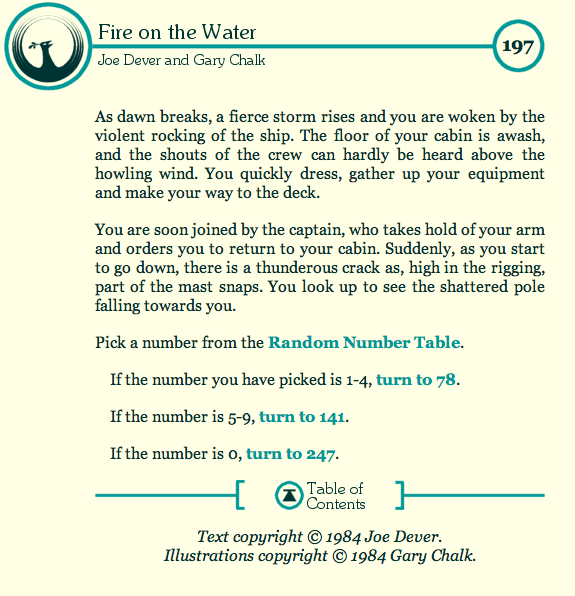 Hey, at least the fire's out! Luckily we did not pick a "0" or we'd have been crushed by the falling mast and thus have been out of an adventure. I crap you negatory. That's the harsh reality of life as a Lone Wolf, friends, one wrong pick and you're the nail to the author's hammer. Instead we got another six, which has some unfortunate consequences of its own. 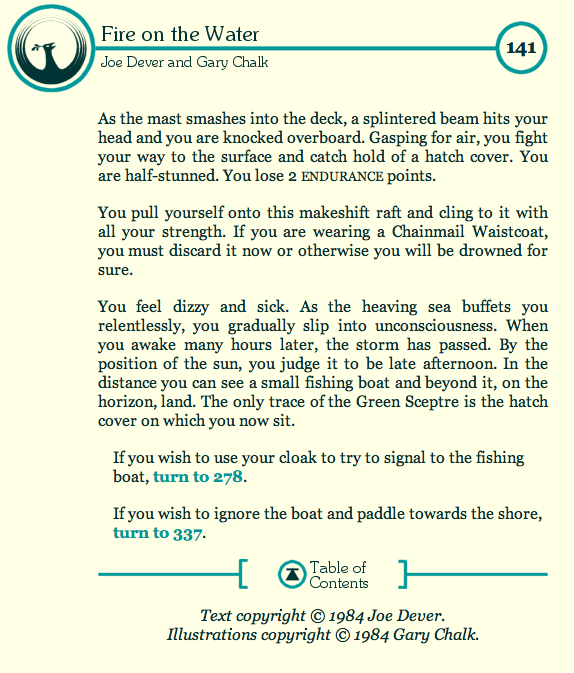 Yoicks! We lose END and our chainmail, that's a rough day. So our decision is, do we try and flag down a passing vessel, or do we take our chances Tom Hanks style and strike out for the shore on our own? Either way, we could run into things that want to eat us, whether it be hungry sailors or peckish Giaks. Which'll it be, fellow explorers?