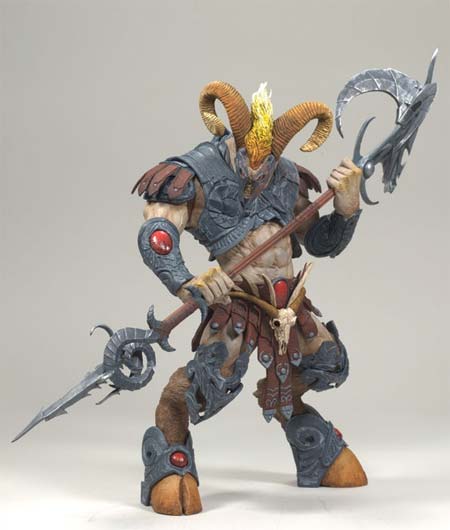 Your character design challenge for this week is to come up with an image with HeroMachine based on the idea of the Zodiac sign "Ares". To help you out, here's a bit on the history of the name from Wikipedia:

the first astrological sign in the Zodiac, named for the constellation of Aries, called "The Ram" in Hellenistic tradition, after the golden ram that rescued Phrixos, taking him to the land of Colchis. Aries is ruled by the planet Mars.

As closely associated with Mars as it is, and since they're homonyms, you should feel free to take this in the direction of "Ares, Greek god of War" if you like. I think they're close enough to warrant something like that. Or maybe you prefer to do something related to a ram, or you could go in a totally different direction like making A.R.I.E.S. or R.A.M. an acronym for a mech or whatnot. Definitely let your imagination go; "Aries" is just a starting point.