Known as the Centaur or the Archer to the Greeks, and "The Soldier" by the Babylonians, your challenge for this week is to design a character based on the concepts suggested by the Zodiac sign "Sagittarius". Some of the traits of a Sagittarius are: 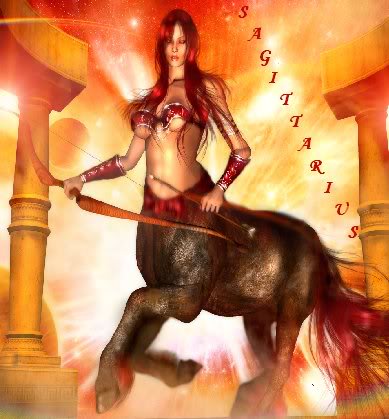 But hey, we're not here to find a date, we're here to create kick-ass characters, right?! Obvious takes would be anything centaur-like, whether with a classic horse or some other beast (or cyborg, whatever), or anything archer-related.