Character Of The Week: DiCicatriz- Crag

Now there's a very particular reason I chose this weeks COTW and I want to see if anyone realises before they get to the end of the post. So, everyone, please take a look at this. 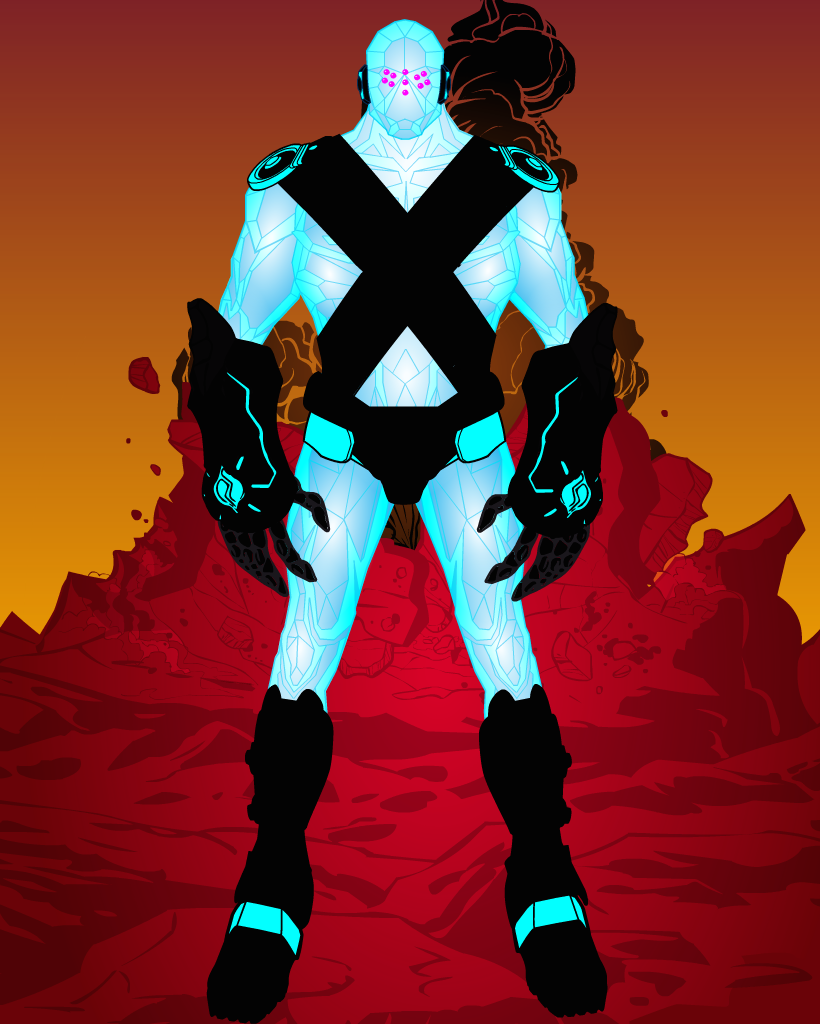 Ok, well for a start it's DiCicatriz, so that means the shading is awesome. You can just feel the cold emanating from him, with those icy blues and the stark white highlights. But that's not the reason.

Then we have the contrast of the picture. The cold blues and whites of the foreground character stand out brilliantly against the warm reds oranges and browns of the background. Still not the reason though.

Then we have the costume. Admittedly I would have preferred it if the pure black didn't make up most of the colour for the costume, it does mean much of the detail is lost, but it works against the very light body colours. I do like the fact that DiCi has used some of the lesser seen items, the disk shoulder pads (not sure what they're called) and the giant clawed gauntlets. It makes the piece stand out more. But again, that's not the reason.

The reason I chose to feature this picture, is because of his face. He's Regice 😉 . Ok not really, but he looks quite like him. Seems like someone else is as hyped as I am for the new Pokemon games 😉  .

3 Responses to Character Of The Week: DiCicatriz- Crag