Many thanks to everyone who entered our last Caption Challenge, which tasked you with writing the best headline for this comics panel: 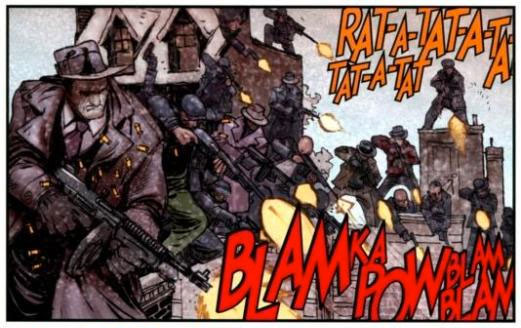 Here are the ones that I personally found the funniest:

And my overall favorite? Fuzztone! The idea of a Mob-run extermination agency tickled my fancy and the line's well written.

Thanks everyone! I'd love to hear about your favorite(s) in the comments, so if you're computer-bound on this holiday (or stuck at the airport like me), chime in.