It's a blaze of something, that's for sure

Continuing our "Worst Moments in the History of Avenger Costumes" in honor of the movie, we arrive at that beloved icon of national pride, Captain America, at that unfortunate moment in history that he had some disease whose symptoms included massively impaired fashion sense and having his nose eaten off: 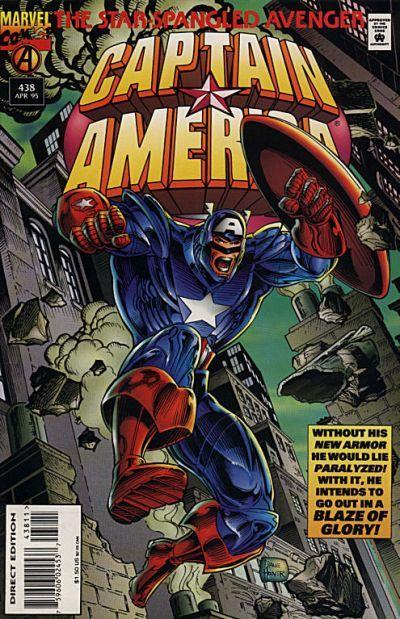 I'm glad the armor lets Cap move, so hopefully he can haul his star-spangled butt to the nearest Gap. And I think if I had to choose between dying and being seen in this costume, I'd have a hard time choosing.

My favorite part of this design has to be the fact that they armored the floppy boot tops. That's like having a metal cape where they build in the folds -- it just makes no sense.

I would like to see him stab-kick someone with the pointy metal tips on those suckers though. He needs something EXTREME to go with the bionic unhinged jaw-scream he's sporting.

39 Responses to It's a blaze of something, that's for sure