Man, it's a busy posting day here at HeroMachine Central. I didn't want to go too long, though, without telling you about an update I worked through this weekend. I've just added the following items to "Companion-Vehicles": 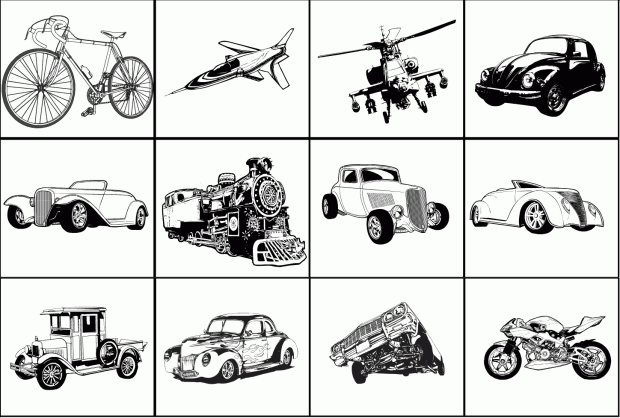 The first image there of the bicycle was the genesis of the additions, Nick Hentschel's prize for winning Caption Contest 113. I know there are now two VW Bugs but come on, there are a lot of Hippie characters out there who need wheels, man!

I'm probably most excited about the locomotive for some reason and the car with the undercarriage showing. I think that will be a nice one for strong characters holding it over their heads.

Enjoy! As usual, if you don't see the new items, clear your browser cache.