Extreme comics, with their hallmark attributes of blood, long finger-knives, "grim" characters with names containing words like "Night" or "Blood" or "Slayer" (or all three), might have hit their stride in the Image Nineties, but their roots go much further back. Take, for example, this awesome costume from the pages of the indie comic "Nightslayer", circa 1983: 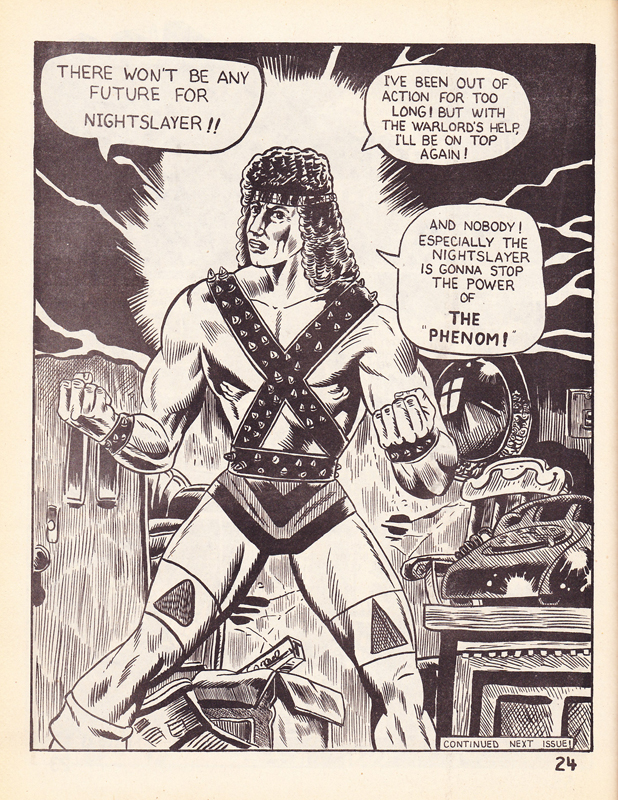 On the one hand, I love that someone took the "What if Olivia Newton John were a transgendered rock-and-roll super-hero" concept and ran with it. On the other hand, I have a hard time taking any character not named "Rambo" seriously who sports a headband and perm.

Also, who runs around with leg bands emblazoned with snack chips? Am I supposed to be intimidated that I might get "crunched" by Doritos?

Those of you too young to remember this sort of thing, count your blessings -- we old farts took a bullet for you.

16 Responses to The Phenom!