Over the last few days, several sites (NewsRama and SuperHeroHype among other) have released sneak peeks at the new Captain America uniform from the upcoming Avengers movie. If you're not wanting to spoil the joy of seeing it for the first time on the big screen, do not read further!

So I'm just going to post a bunch of the images, after which I'll give you my impressions. I look forward to hearing whether you think this should qualify as a "Bad Super Hero Costume" or not. 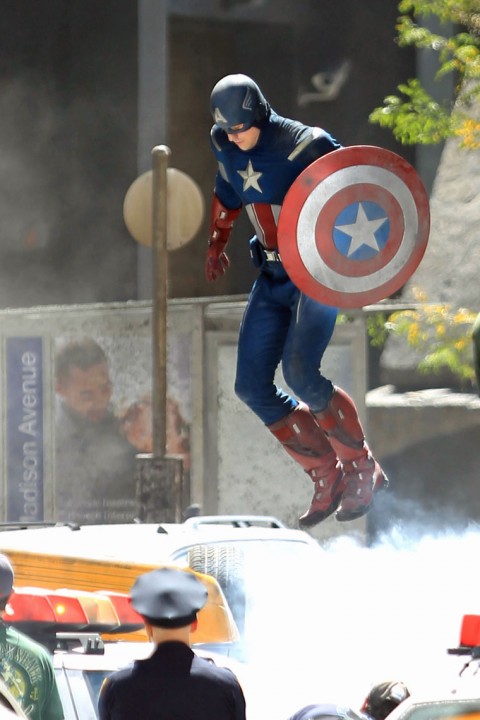 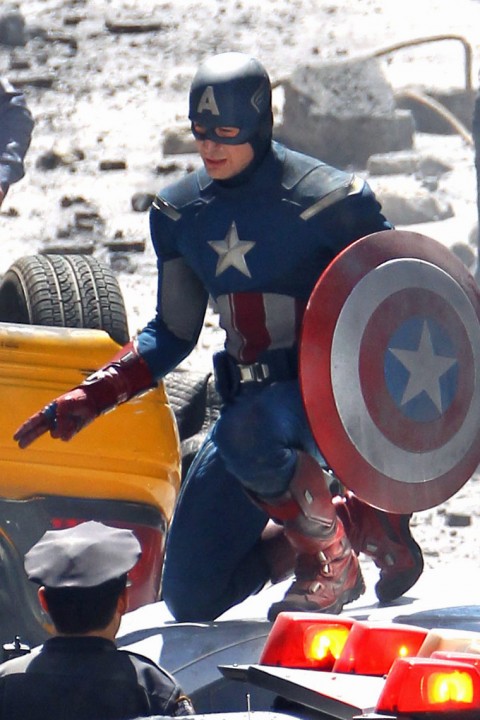 And now, the bad.

Facebook commenter Lydia Weatherbie had some good points about the ears being too vulnerable to shrapnel if not enclosed, and that the boots look too much like regular sneakers on the bottom parts. So I wanted to put that out there too even if I don't necessarily agree because I think they're valid points.

So there you have it. Overall I give it a thumbs-up, with the usual caveat that it's very difficult to judge a live-action super-hero movie costume just from stills, or even from surreptitious fan videos from the set. You have to see it in context, in motion, with all the effects going, to know if it works or not.

We are, however, geeks and cannot -- will not! -- let reason get in the way of a good trashing. So have at it in comments and let me know what you think!