Part of the new company-wide reboot going on at DC right now involves Firestorm. Apparently the editors decided it wasn't enough for him to be hideously dressed just once, opting instead to honor his long history of bad fashion choices by going for the rare trifecta of three bad costumes at the same time: 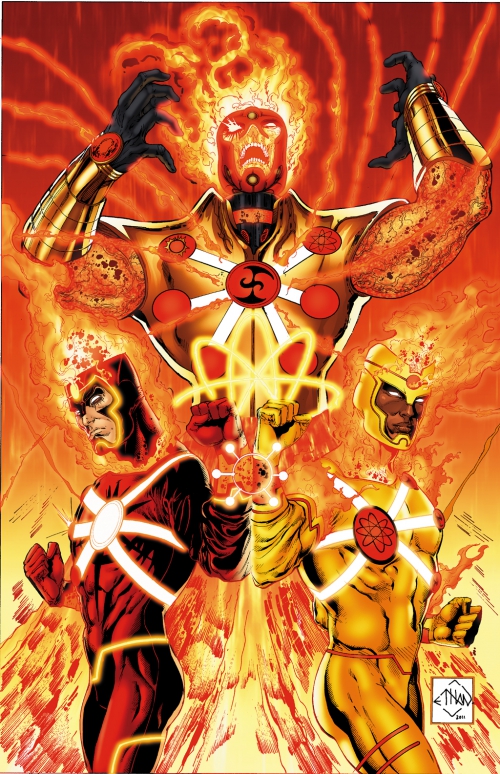 Like the Red/Blue Superman dichotomy, here we have Honkey Red Firestorm and Yellow Black Dude Firestorm, each with a version of the outfit that retains all the qualities we've come to love in the original design -- puffy sleeves, melting brain, puzzling Kirby stripes, and a wrestling helmet -- while adding exciting new elements like random lines and a monochromatic color scheme. My theory is that some version of the Flash is actually every single character in the DC Universe now, and that is why all their costumes look like his.

Luckily, Firestorm is two separate poorly dressed individuals who can use the fury of the atom to merge into one, even worse-looking, ultra-powerful form!

Proving once again that they are right at the cutting edge of super-hero trends, DC decided nothing sells better than zombies and so transformed Firestorm into the first atomic-powered, matter-rearranging super zombie in history. At some point this nuclear zombie ate the Thundercats, which is about the only way I can explain that logo. Furthermore, it's not really awesome enough to have just his brains on fire, so the editors have decided that all of his exposed flesh should also be in the process of melting down.

That's actually a lucky break, since if he were made of flesh and bones instead of melted nuclear goo, there's no way he'd be able to lower or rotate his arms out of that hard metallic shell's massive shoulder extensions and skin-tight sleeve holes. "I am Firestorm, and for the remainder of this fight I shall take the shape of the letter 'T'!"

You might ask why DC would re-launch a title with such an odd, flaming, nuclear zombie design, but shockingly, this is actually not the worst this character has ever looked. Much like the DC version of Marvel's "Wonder Man", this is a character steeped in sartorial infamy. It's hard to choose just one bad costume from his history to compare the latest travesty to, but I think this probably has to take the cake: 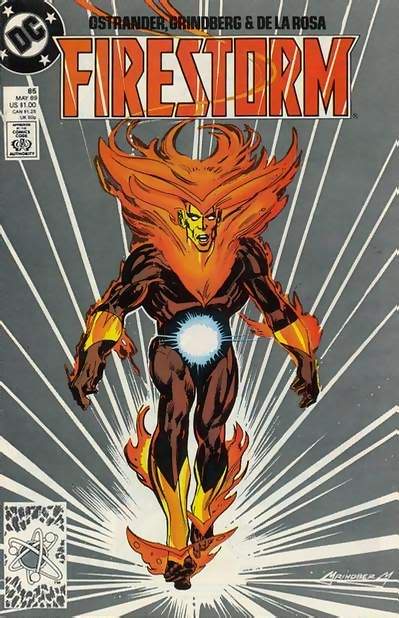 You know, when you're in trouble designing a costume, it's always worth saying to yourself "What would John Byrne do?" And then just steal his design for the iconic "Alpha Flight" relaunch. But -- and this is important -- you shouldn't just make your guy look like Sasquatch: 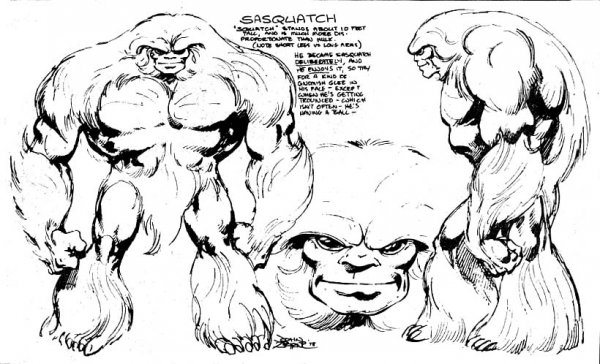 Unless your guy is a nuclear zombie who takes on costume elements by eating the flaming brains of other characters, in which case, go for it.