After taking in some of the excellent critiques on the last attempt at this, I wanted to do another Wonder Woman costume. 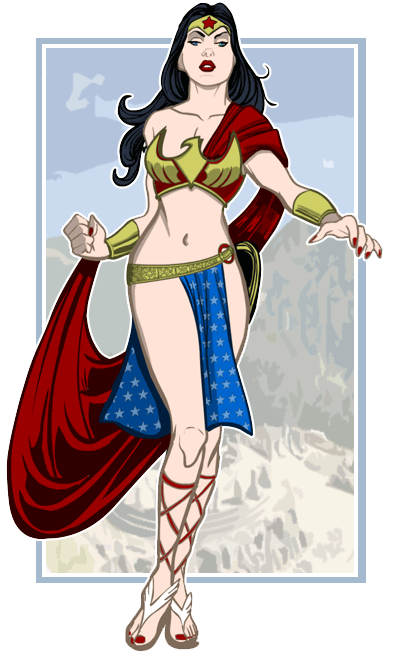 It shows a bit more skin that you're used to with a Wonder Woman design, but I think that's ok. Amazons in the DC Universe live on an island with no men, so they're not going to have a lot of modesty issues. And it's a tropical island, so they're not going to be wearing a ton of heavy clothing. I definitely wanted something of a Greek influence, which is where the cape/wrap and the sandals come from.

I also wanted to hearken back a bit to the original myths, so I played up the idea of a "girdle" of Hippolyta by making the belt more distinctive, and added wings to the sandals to echo Hermes. Otherwise I don't quite see how Wonder Woman flies.

I definitely wanted to get away from the "Granny Panties" vibe I sometimes get from her legwear, and loin cloths always make me think of ancient Greece and Rome with a bit of jungle warrior thrown in.