I know Thor. I served with Thor. And you, sir …

I love Thor's winged helmet, and clearly, despite living in an alternate reality, so does DC's "Darkwing". Unfortunately he doesn't know the same high level of dwarven craftsman the God of Thunder does: 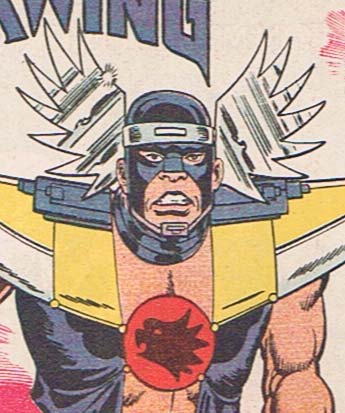 Somewhere a roll of flat sheet metal is missing two wing-shaped cut-outs. My favorite part of the homage, however, is the metal clamp holding the cut-outs onto his noggin. Because nothing says "Scary Super Villain" like headgear you attach with a screwdriver. Apparently Thor isn't too pleased either: 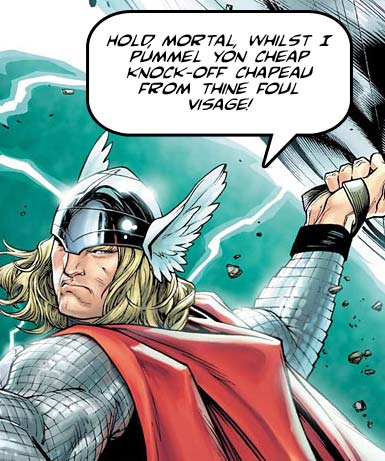 At a certain point, inspiration turns into desperation, and I think Mr. Darkwing passed it a long, long ways back. It's not just the pathetic flat Thor-wannabe helmet wings, or the doughy ill-fitting Superman underwear knocoffs, it's the fact that even though his foe is Hawkman, he stole Hawkman's logo! 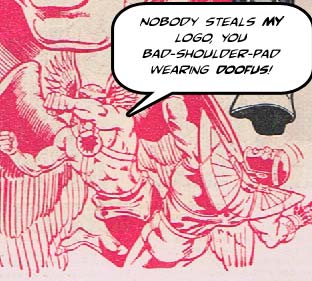 Granted, he reversed it left-to-right, but come on, pal, it's like you're not even trying. If I were Hawman, I'd hit him again. Because as bad as a Thanagarian thief is, a Thanagarian fashion thief is even worse.

6 Responses to I know Thor. I served with Thor. And you, sir …