So, in our last poll I asked you guys to vote on who you think is Marvel's greatest supervillain and, as with when we did Marvel's greatest superhero we got a pretty good response, although this list is probably going to be slightly more predictable even if we don't have a very obvious winner. Anyway, let's jump in shall we.

Honorable Mentions (or should it be dishonorable as it's villains?): Doctor Octopus, the Venom Symbiote, Apocalypse 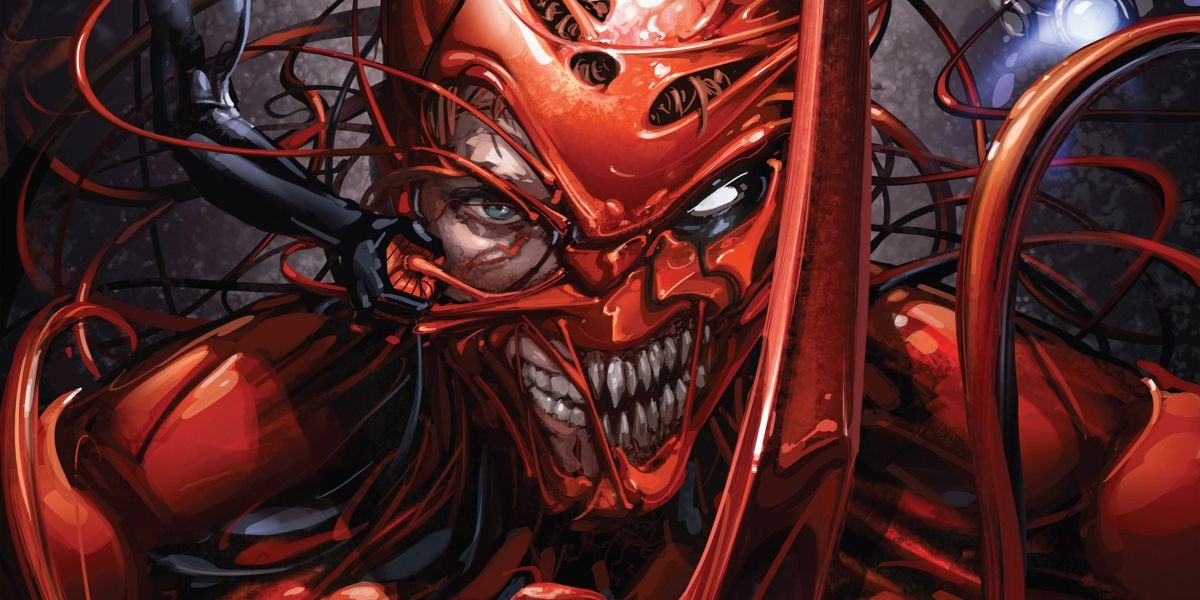 Whilst his dad may have flip flopped between villain and hero over the decades, the same cannot be said for this very apptly named crimson nightmare. So, you take a serial killer who spent much of his childhood trying to off members of his family in increasingly disturbing ways and put him in a jail cell with the host of an intergalactic alien symbiote that happens to have somewhat of an affinity for eating brains. What happens next? Well, said symbiote spawns a new symbiote which bonds with the aforementioned serial killer to create a living murder machine who goes on a rampage that has required the combined efforts of Spider-Man, Venom, Captain America, Luke Cage and Iron Fist to take down in the past. He's so messed up even Deadpool struggles to keep up (and trust me, he's tried). No wonder Carnage is currently trying (again) to murder the entire Marvel universe.

So, you know how sometimes when you're told to do something you do it the complete opposite way you were meant to because it just seems like a much better way to do it? Yeah, well that's kinda Ultron's entire shtick, only what he was told to do was protect the world and his method of doing so is wiping out humanity, which, on the face of it, would probably work, if only the whole genocide thing wasn't such a deal breaker. Again, another villain who doesn't get along with their dad (in this case Hank Pym aka Ant/Giant/YellowJacket/Wasp/-Man or in the MCU Robert Downey Jr), Ultron has a nasty habit of creating new versions of himself every other day of the week and using them to do such productive things as invade the internet, take over a small country and kill the entire Marvel universe (I'm beginning to sense a pattern here). Oh and Hank had the amazing forethought to build his inevitable murder robot out of vibranium, meaning he's pretty much indestructable. But hey, at least Ultron got to know how Hank felt when his creation, Vision, turned on him.

Now, there is a case for saying that Galactus isn't so much a villain as he is just a force of nature. He's only trying to survive. The guy survived the birth of the current universe and it caused him to need to eat planets in order to sustain himself, which isn't really his fault. However, he's not very popular with the people who happen to be living on the planets he eats, which has included Earth on many potential occasions, which is why he's here.He owns the best hat in all of comics and likes turning people all shiny and silver, he's bigger than the tallest building on Earth and not even Thanos can take him in a one on one fight, but he's not adverse to being talked out of his planetary munchies, juts ask Squirell Girl. Let's just not mention that time in the second Fantastic 4 Movie where he looked like a giant intergalactic cloud, ok. 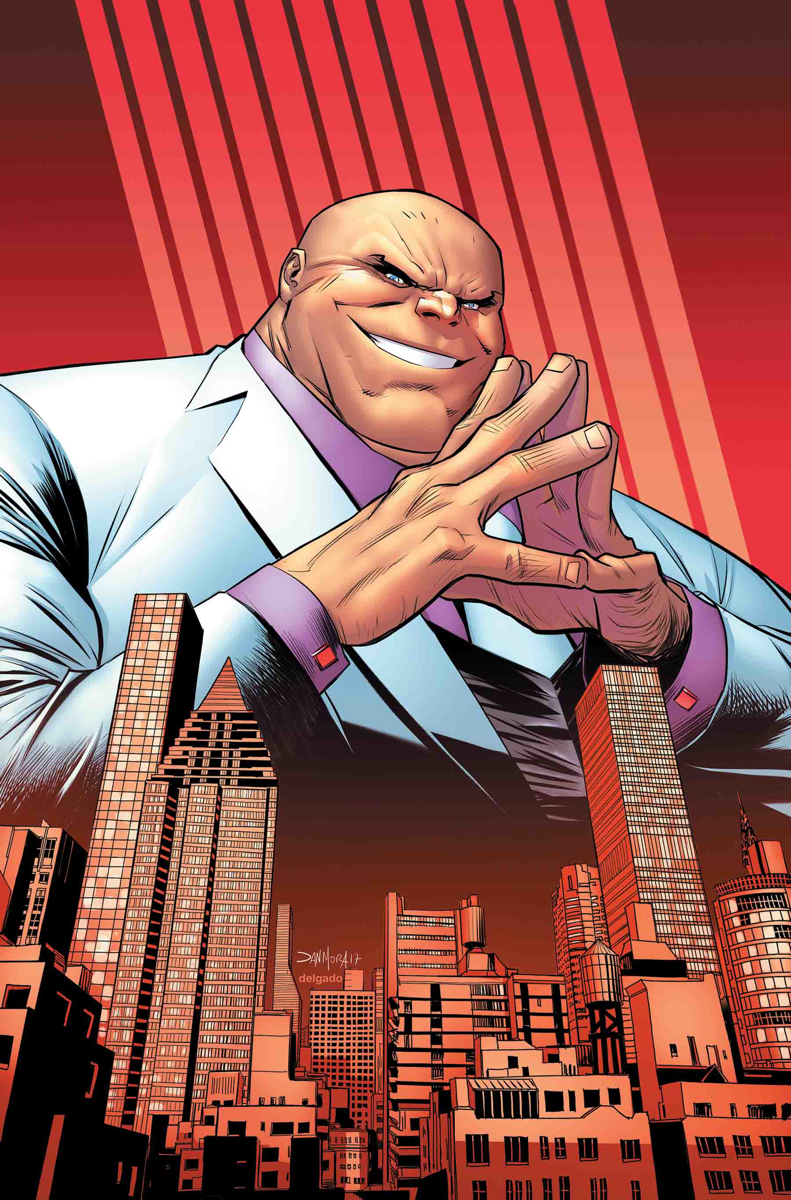 The Al Capone of Marvel, and probably the greatest mobster character in comics period, Wilson Fisk is both a criminal and a businessman, which helps because he has turned crime into a business. He runs the show when it comes to New Yorks criminal underworld, he calls the shots on all the drug dealing, stolen goods sales, trafficking, money laundering and blackmail in the largest city in America. Of course, that puts him right on a collision course with some of Marvel's greatest heroes, most notably Spider-Man (his original foe) and Daredevil (the enemy he is most synonymous with). Now, it is safe to say that Kingpin would not be on this list, nevermind this high, had he not made the jump from Spider-Man to Daredevil under the penmanship of Frank Millar, who took the character with all of his already established complexities and contradictions and put a much darker spin on him against a much darker hero. But even after Millar left (to become increasingly more senile), Marvel kept Kingpin relevant against both Daredevil, Spidey and Punisher (even fighting Captain America to a draw in a fist fight). Oh and the arc in Ultimate Spider-Man that focuses on Kingpin is easily the funniest Spider-Man has ever been, just saying. 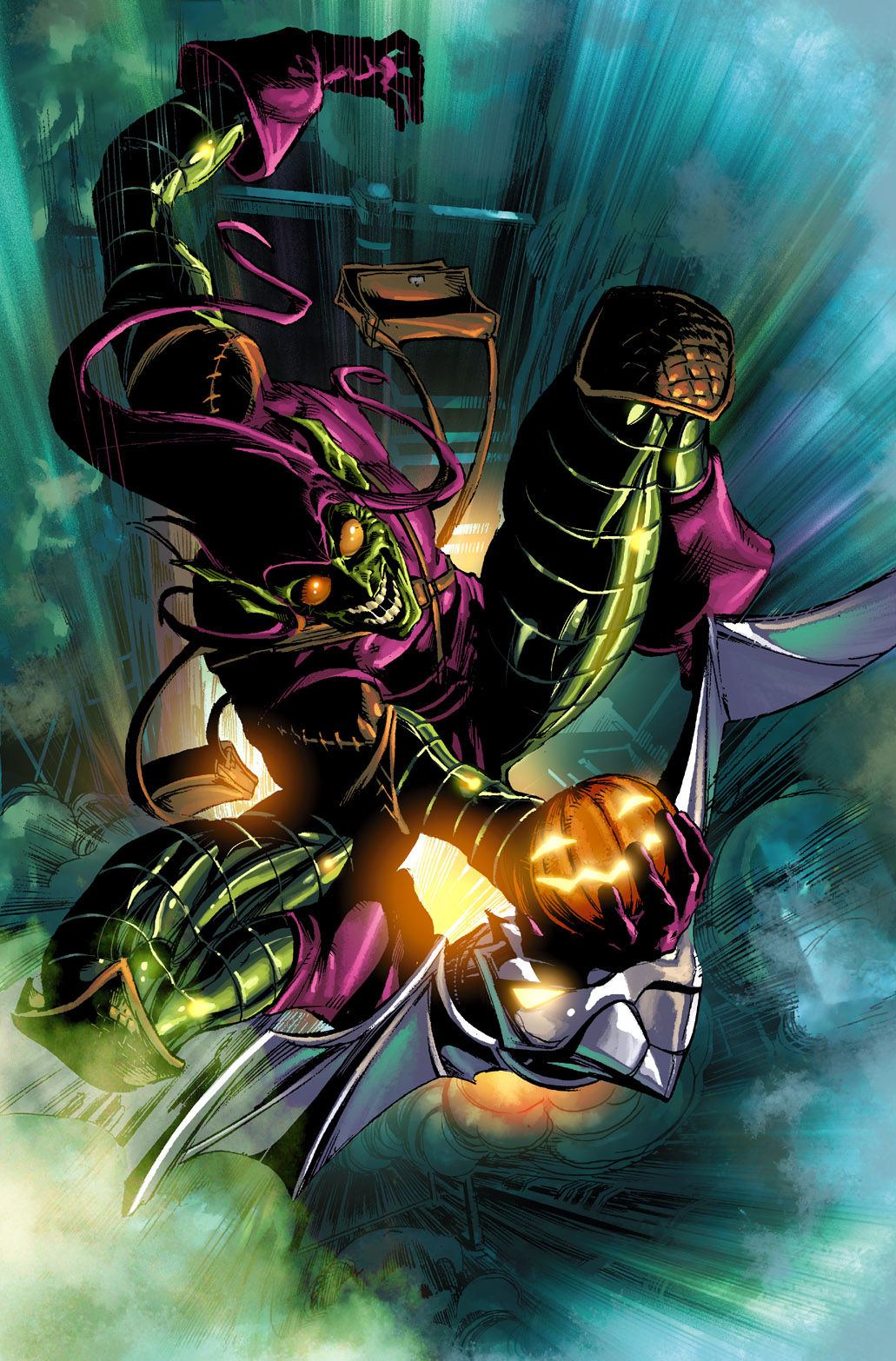 He may not have been the only Goblin, green or otherwise, but Norman was a shoe-in for this list. Even the reasons are starting to become a bit cliche as to why, he's Spider-Man's version of The Joker, he killed Gwen Stacy, he's Spidey's best friend's dad, he actually successfully took over America as head of Shield (by invitation, no less) and no-one else has done more to ruin Spider-Man's life (which is pretty impressive when you consider the dude has literally 200 supervillains in his rogues gallery). So, yeah, pretty easy to see why the dude made the list.

No, literally, there doesn't really need to be any more explaination as to why Red Skull needs to be on this list. He's been around since the 40's trying to genocide anybody who isn't to his specific ideal of an aryan person should be. The guy doesn't do it because of bad programming or because he needs to in order to survive, he does it because he believes that those people don't deserve to live. Anyone trying to do that is a villain in my book.

Now, I will acknowledge from the off that Loki is probably second only to Iron Man in terms of characters that wouldn't be as popular as they are without the MCU, that is undesputable fact. However, in the comics, Loki is still a class A supervillain. He's a scheming, coniving mastermind who exists purely to cause problems for anyone and everyone (I mean, he IS the God of Mischief). Plus, he's the (storyline) reason the Avengers exist (both in comics and in the MCU) and you know you're a big time villain when the most powerful heroes in the world have to team up to stop you.

Now, this one is both an injustice and completely understandable. Magneto should be number 1 on the fact that he is the single most complex and compelling "villain" any comic has ever produced. A holocaust survivor and a mutant civil rights leader, Magneto sees humanity's fear and prejudicial nature as a threat to mutant kind and pursues a campaign of terror to secure mutant freedom, incorperating a large amount of mutant-supremecist retoric and ideology into his character whilst doing so. However, this is also why he probably shouldn't be anywhere near the top of a list of villains at all. To many mutants, Magneto would be a hero and he has been prtrayed as such in the past. Despite his more misguided actions, his intentions a generally for the good of his people and that is what makes him such a compelling character, even if it does keep him in the bronze medal position on our list. 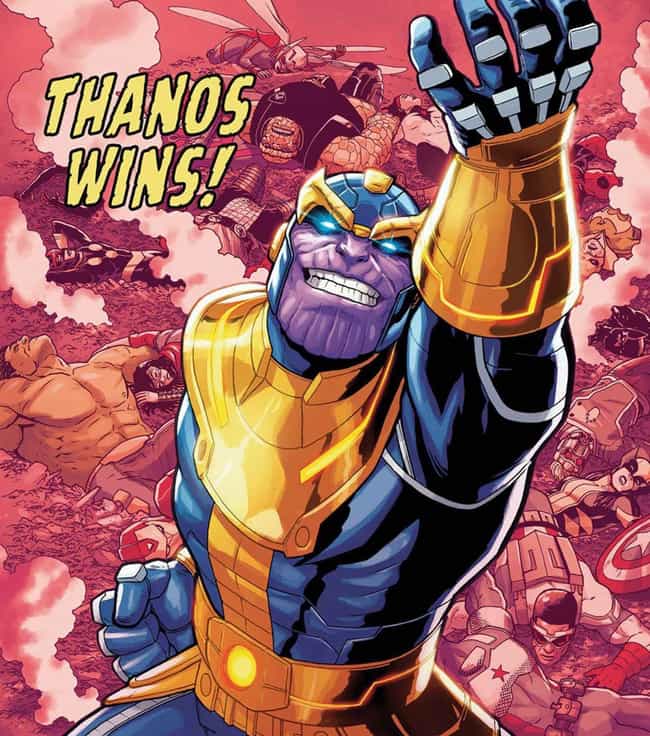 We're in the endgame now.

Sorry, had to. Anyway, both in the comics and out (in games, cartoons and, most notably, in the movies), Thanos is THE final boss of Marvel, the ultimate antagonist. Sure, his comic book motivation is pretty silly (he wants to wipe out half of all life because he's in love with the personification of death), but the fact that no other villain has succeeded in intentionally causing as much death and destruction as Thanos (obviously Galactus has probably caused more, but, you know, dude's gotta eat) lands him high on this list. But, surprisingly, he didn't make number 1 (making the picture I chose actually incorrect).

So, Victor Von Doom. If we discount Red Skull (who was created during the Golden Age), Doctor Doom was Marvel's first attempt at creating a lasting supervillain during their 60's revival and you'd be had pushed to say it didn't work. A genius scientist and a skilled magic user, Von Doom has gone toe to toe with literally everybody in the Marvel universe. Obviously he started out with the Fantastic Four (his original and most iconic foes), but he's also taken on the Avengers (including almost every different variation of the team and most of the members individually, most notably, Iron Man, Captain America and Black Panther), Hulk, Spider-Man, Namor, the X-Men, Doctor Strange and Squirrel Girl (his most fearsome adversary) amongst others. And he's also tried his hand against some fellow villains, most notably Thanos and Galactus, but even including Mephisto (Marvel's version of the devil and the killer of Von Doom's mother). He rules a small country and has not been shy about using this to his advantage, both utilising diplomatic immunity to escape punishment for his crimes and declaring war on Wakanda because he wanted some of that Vibranium. Plus, he's got all those damn Doombots. You thought Ultron was bad with the duplicates, Doctor Doom could make an army out of the amount of robotic dopplegangers he's constructed and he has done many times. He's an arrogant perfectionist, a defining character trait that has been his downfall on many occasions, who will always keep his word (although that may not always turn out for the best for anyone else).