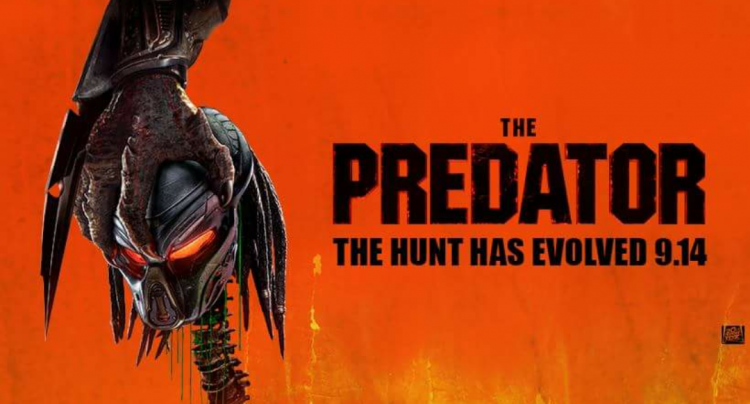 Hey everyone, talking about the newest Predator film today, The Predator. No spoilers ahead!

Okay, real quick I want to talk about Predator 2. I did get to watch it before we saw the new one, but didn’t have time for a review. Basically, it’s a lot of fun. It takes every late 80’s-early 90’s cop movie/show trope and leans into them hard. And then they throw the Predator in on top of that. I haven’t watched that one as many times as the first one, but it’s quite enjoyable. I also really love the ending and the design of the interior of the Predator ship. It’s so neat. I know people kind of pooh-pooh this one, but I like it. 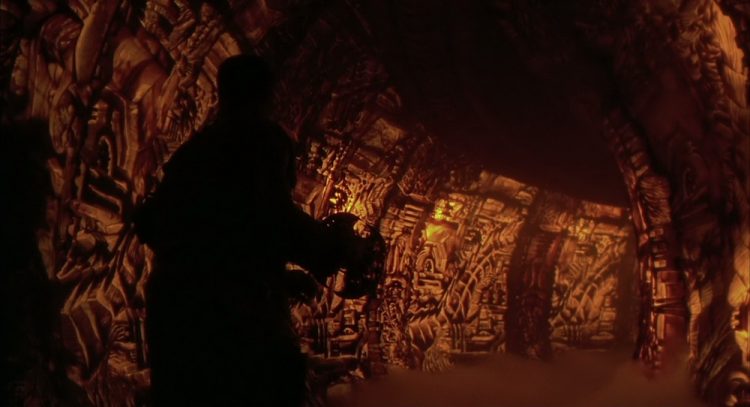 I mean look at this interior!

Let’s move on to The Predator, which is the fourth Predator-only film, but falls chronologically between Predator 2 and Predators. I know, the naming of the films in this franchise is super confusing, so bear with me. This movie has been getting mixed reviews so far, but you know what? I had fun with it. Let’s talk about the good:

-the music. I really liked the score. It had callbacks to both the original theme, and the drum pieces played during more tense moments. At one point when the theme was playing all I could think was that I hoped in the next scene Olivia Munn was going to have a manly handshake with someone.

-Some fun callbacks to the other films. Mainly the first one, but there’s some nods to the others, too. The movie itself is actually quite funny, in a rather dark way.

-There’s a dude in a suit as the Predator. He doesn’t move the same way that Kevin Peter Hall did in his tenure, but it gives the idea of individuality of the creatures. And I will never say no to practical effects! There is obviously CG stuff, too, but this was nice to see.

-There’s more information on the different Predator factions introduced in Predators. Not enough to fully answer my questions and really get deep into it, but it’s what seems like a start of more going forward. If this goes forward, of course.

-Boyd Holbrook actually has something to do in this movie! The last thing I saw him in was Logan, and man, the only reason he was there was to occasionally propel the plot forward and even then he was pretty much unnecessary.

-The portrayal of the boy (Jacob Tremblay), Rory. It is shown quite early on that Rory is on the autism spectrum. I am not autistic myself, but my husband is, so I asked him what he thought of the character’s portrayal. He thought it was good, in fact his exact words were ‘it didn’t offend me, if that’s what you mean’. He said that there were things, especially when showing Rory’s school life that were extremely reminiscent of his own experiences.

-The camaraderie between the soldiers. They are an odd bunch, with their own quirks, but you feel that they’ve known each other for some time. They are very different from Arnold’s bunch in the first film, and in a way in kind of reflects the difference between action movies of that time and now.

-Sterling K. Brown is totally owning his role and having a lot of fun with it. No spoilers, but you just love to hate him.

-New Predator weapons! Rope dart, anyone? Sadly my favorite weapon (the combistick) is not. 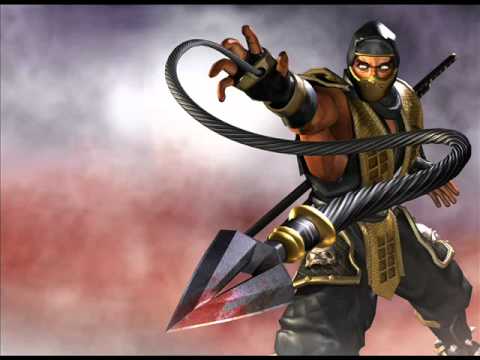 how do you say 'get over here!' in Yautja?

And now, let’s look at the not so good:

-The Predator hounds are back but don’t get a whole lot to do (again!). I really hoped there would be more with at least one of them that showed up a few times through the film.

-I can see people not liking the end. It wasn’t what I expected, either, and it leaves room for a sequel. It’s ambitious, maybe too much for its own good.

-Tell me more about what’s going on with the Predators! I think I just need a whole movie that takes place on the Predator planet and is all in subtitles and practical effects and you give me the low down on their culture. It’ll never happen, but I want a movie where the Predators are the only characters and you find out about these factions.  Most of my issues boil down to ‘TELL ME MORE’.

-In the final act there’s some stuff going on at night and it gets hard to see in spots, especially with the way it’s edited. Not as bad as AvP:R, but still confusing (nothing’s as bad as Requiem).

So, there you have it. Would I recommend this movie? Sure. The only thing to keep in mind is if you have issues with bad language/non PC language, this might not be your movie (violence is a given). If you’re unsure, go on a cheap Tuesday or something, but overall I enjoyed the movie and had fun with it. It is one of those I feel like I need to see again, though, but I’m not sure when that will happen. Either way, there are my thoughts on The Predator.

This entry was posted in Movies and TV and tagged 2018, movie review, movies, predator, reviews. Bookmark the permalink.