We all remember the TV shows we watched and loved as kids. As adults we grumble about the ‘quality of kids’ shows these days’, but what about the ones we remember so fondly?  They may hold a place in our hearts and in our nostalgias, but what happens when you re-watch some of those shows now? Well, thanks to DVD release and streaming options like Netflix, this task is simpler than ever. So, with that in mind, I thought I would go back and look at some of these and give my thoughts on how they’ve aged, or at least how they fare through adult eyes. So first up is the one that we’ve actually been watching a lot of lately, Digimon: Digital Monsters (or Digimon Adventure). I’m talking only about Season/Series 1 here, because that’s the one I remember watching. To be fair, it’s a season of 54 episodes, so there’s plenty to talk about. 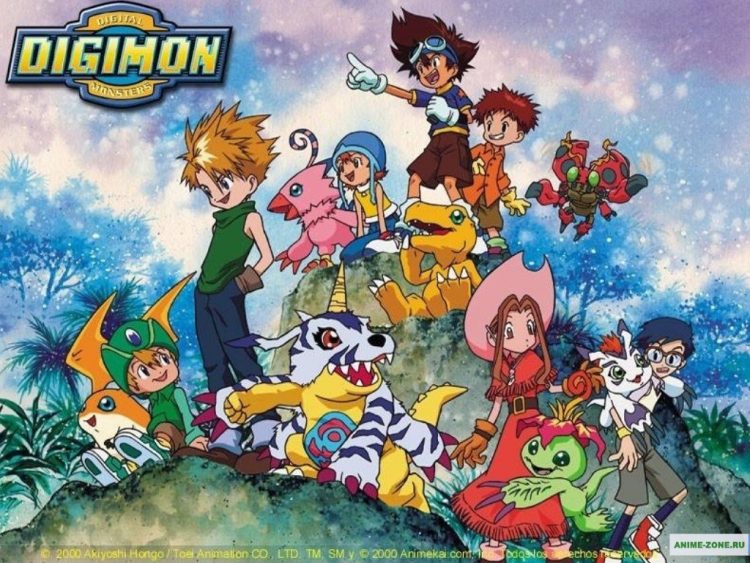 Unlike a lot of shows I’d eventually like to do a segment like this on, I was already a bit older when Digimon came out. Its original run was 1999-2000, so I would’ve been 13-14 at the time and already ‘getting out of’ kids’ shows in that weird thing some of us did as teenagers before throwing our middle fingers to the air as adults and diving right back in to all this stuff. Digimon was a natural choice for us to watch, as my younger brother was into Pokemon (notwithstanding the fact we had three TV channels so we weren’t exactly spoiled for choice). But we all watched it, and I remember liking it as a kid for what it was. I don’t remember too much of the story, mostly just some of the different evolutions of the Digimon. So I thought it was pretty cool when I saw it on Netflix, and my oldest decided he’d give it a shot. At this point, we’d been watching Dinosaur King, which is like Pokemon except catching dinosaurs in cards rather than little creatures in Pokeballs. 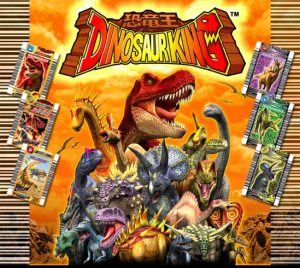 So we started watching Digimon, and this was what I found:

Honestly, this show is still really good. As I said, I didn’t remember much of the story but watching it now it’s actually got a lot going on. There’s some really awesome themes; finding your destiny, saving the world and all that, but also friendship, discovering yourself, growing up, dealing with jealousy and differences of opinion and method, dealing with siblings and the struggle between being protective of them and letting them expand and grow on their own. There’s actually a lot of pretty heavy stuff wrapped in a bright, colorful cartoon about kids and their monster companions. That’s one thing that stood out to me and it was something I really liked. I always seem to most like the shows that don’t talk down to kids, that can deal with deeper stuff and be really entertaining for everybody. That’s one reason why shows like Batman: The Animated Series and Gargoyles are still so amazing to this day, and can even be better now as adults when you appreciate the content more. It’s really interesting as an adult to watch these kids’ initial bickering as they try to work together to figure out what happened, and then see those relationships mature. Then other things start to come in, like the often conflicting relationship between Matt and Tai, and how the two boys also have a second, internal conflict with the involvement of their younger siblings, TK and Kari. This is not to mention the impact that the consequences of their mission have on the kids. Digimon can ‘die’, that is be broken down into code. You see many of them do so, and not all of them are villainous. They lose allies along the way, and it impacts them. They grow along through their journey, you see them turn from the scared, confused kids at the beginning to united and capable fighters at the end who stand up to defeat the evil in the world. It’s a nice arc.

This brings me to the Digimon themselves. I personally always preferred this show to Pokemon, as it always seemed that the relationship between child and creature was more equitable. And I’m not going to lie, the evolutions are still really cool. There is the standing practice of seeing the evolution montage in every episode, although it’s nothing new if you’re familiar with things like Sailor Moon, Power Rangers, or any other show of that ilk. 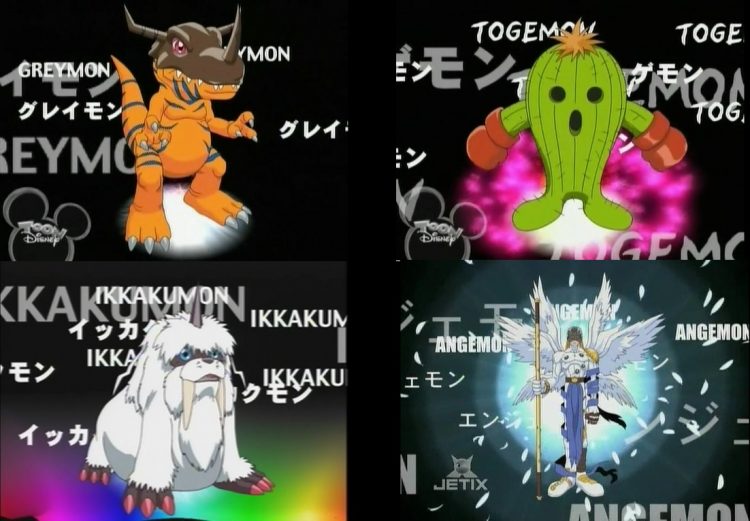 I love the creative directions that they take with the evolutions. Even though it can be hard to keep the names straight of who turns into what in what order, the designs are great. A lot of the ‘wild’ Digimon, and the villainous ones, don’t really do a lot of evolving for the most part, so it doesn’t get too confusing. They often streamline the evolutions as the season goes on as well, especially for multiple evolutions for multiple Digimon at once. As much fun as that is, I like seeing their interactions outside of battle as well. As I said, these kids are partners with their Digimon. They don’t go out trying to catch or collecting others, so they form a strong bond with their counterparts. I really adds to the dynamic of the relationships, such as when Gabumon says he’ll follow Matt even if he decides to challenge Tai, despite not wanting to have to fight their friends. But it was his choice to make, not that he was tossed out of a card or a ball and told that’s what was going to happen. I have nothing against Pokemon or anything similar, honestly, I just prefer the dynamic of the relationships in Digimon. 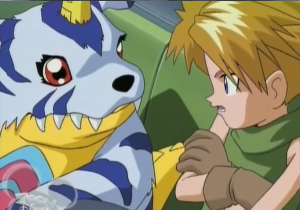 What else is there to talk about? The animation is nice, colorful and smooth. There is a little bit of computer-generated stuff in there, but just during the digivolutions, I didn’t notice anything outside of that. I’m not an expert in anime, but to me it looks good and holds up well. The voice acting was well done and worked well with the animation, even considering I was watching the English dub. The story, as I said, was well presented and only really tried to hit you over the head with the message in the last episode of the season. But, given what was going on at that point, and being the season end, it was understandable.

So would I recommend Digimon: Digital Monsters? Does it hold up now as an adult? Yes, absolutely. It was a lot of fun to revisit this one and enjoy it again and I think I enjoyed the actual story itself more now. If nothing else, you get a show about cool creatures fighting other cool creatures and a bunch of kids trying to get home. If you really watch it though, you get a lot more. More than I was expecting. So if you’re looking for something to watch on Netflix and you stumble across this one, by all means, give it a shot.

This entry was posted in Anime, Movies and TV and tagged reviews. Bookmark the permalink.

One Response to Hey, I Remember That! Rewatching Digimon: Digital Monsters