Character Of The Week: RobM- Monument Builders Of Sirius

Ok, I've gone and broken my own rules again, because this picture was actually posted last week. But I already had written last weeks COTW post when this was uploaded and when I went back and looked at it again I thought to myself "I should probably feature this one next week". So I'm going to. 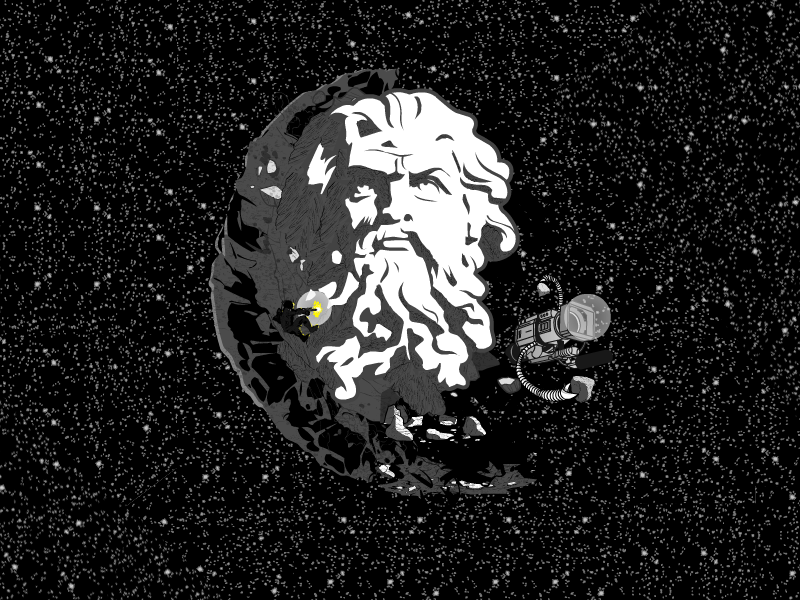 It's not  often that we get a picture where I actually have to go into Heromachine to try and figure out how it was made and then, an hour later, I come out none the wiser. Rob if you could enlighten us as to how you managed to blend the grey portion of the face so seamlessly with the rock face, as well as how you managed to get the grey sections patterned without the white bits being patterned also, because I couldn't get it to work when I tried to do the same, I'd be very grateful. It's such a great effect  and it really annoys me that I can't explain it….

Hang on. I just zoomed in on Preview and had a look at the face more closely. Are those background-floors? You sneaky bugger. Those are the wood/ stone texture uneven floors turned sideways! *facepalms* How did I miss that? Time to whip out the COTW slogan of "simple but effective" once again.

Anyway, my favourite part of this image  isn't actually the planetoid face, it's the character carving it. Rob was the person who, if not created, at least made known the technique of backlighting with his CDC33 winning entry Moonsrise. And he's used the effect to great… effect (?) again here. The effect is, once again, stupidly simple, you create and pose a character and then make the colour full black, so the character is a silhouette. Then you make duplicates of the items/ body parts that you want to be backlit, and make the copies slightly bigger than the originals, place them behind the original body parts so that they are slightly showing, and change the colour so it is the colour you want (in this case yellow, but white is more striking). The effect can be quite stunning when done well, as Rob shows us here.

5 Responses to Character Of The Week: RobM- Monument Builders Of Sirius