The Drawing Contest For People Who Can't Draw 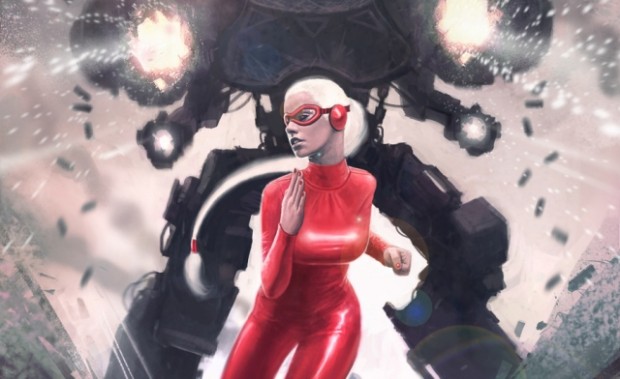 Hi everyone. My name is Ian Thomas Healy and I drop in here from time to time to enter contests. I'm a writer of superhero fiction, and I have a new novel coming out on September 1 of this year, called THE ARCHMAGE. It's a sequel to my novel JUST CAUSE, which you may have heard of or possibly even read. Anyway, to celebrate the upcoming release, I'm hosting a character contest here on HeroMachine.

What I want is for you to make me a character from any of the Just Cause Universe stories or the novel JUST CAUSE itself. Right now, there are three ebook short stories online, and two of them (GRACEFUL BLUR and THE SCENT OF ROSE PETALS) are free, so you don't even have to spend any of your hard-earned money to enter. The third short story (THE STEEL SOLDIER'S GAMBIT) is only 0.99 USD, and the ebook version of JUST CAUSE is $2.99, so if you decide to pick characters from either of those tales, you aren't risking much money, and I promise you're getting a lot of bang for your buck. The normal HeroMachine character contest rules apply:

You may enter once per story, so you have up to four chances to win.

And why should you bother with this contest? OMG FABULOUS PRIZES! Two winners will win a signed digital ARC (Advance Reading Copy) of THE ARCHMAGE two weeks before it goes on sale, and the Grand Prize Winner will get a signed print edition ARC (Note: International shipping may be slow if applicable, so the Grand Prize Winner ALSO gets a digital ARC). These are exclusive books/ebooks that you can flaunt and show off to your friends because you got 'em first.

This contest will run from August 1 to August 15.

Here are the characters you may want to design. Of course, you can just run with the brief descriptions I've included, but to really get a feel for the character and win one of the runner-up prizes or have a shot at the Grand Prize, you're going to want to read at least one of them:

From THE SCENT OF ROSE PETALS (A 1940s period piece. Costumes should be period-appropriate):
Get it from Amazon
Get it from Barnes & Noble
*Also available in the Apple bookstore

From THE STEEL SOLDIER'S GAMBIT (A 1970s period piece. Costumes should be period-appropriate):
Get it from Amazon
Get it from Barnes & Noble
*Also available in the Apple bookstore

From GRACEFUL BLUR (A contemporary piece, set sometime after the events of the novel of JUST CAUSE)
Get it from Amazon
Get it from Barnes & Noble
*Also available in the Apple bookstore

(From the Lucky Seven, one team in the book)

(From Just Cause, the other team in the book)

And the bad guy:

67 Responses to The Drawing Contest For People Who Can't Draw