Are you a half-man or a half-mouse?!

When last we left our intrepid Lone Wolf, he had carved a bloody path through undead nasties on the deck of a massive dreadnaught, and was deciding whether to storm the ship tower (whence came devastating sorceries) or to jump overboard in a daring attempt to see whether or not you can swim while burdened with armor and weapons. Sadly for science, we chose to hope for good luck storming the castle: 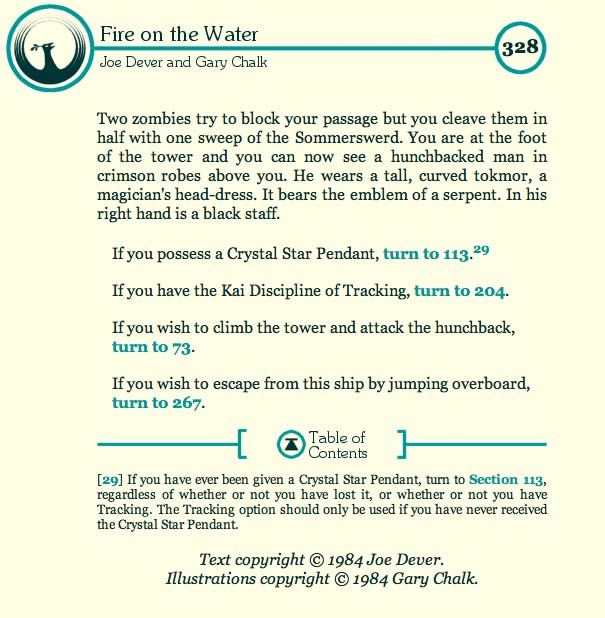 Sweet, we just cleaved through two zombies without even having to tap our dice chart! Why couldn't we do that every time?

According to our notes, we did at one time have a Crystal Pendant. Which got stolen by the pirates. However, our helpful narrator has said we can use it even if we ain't got it, which is a relief. Thus: 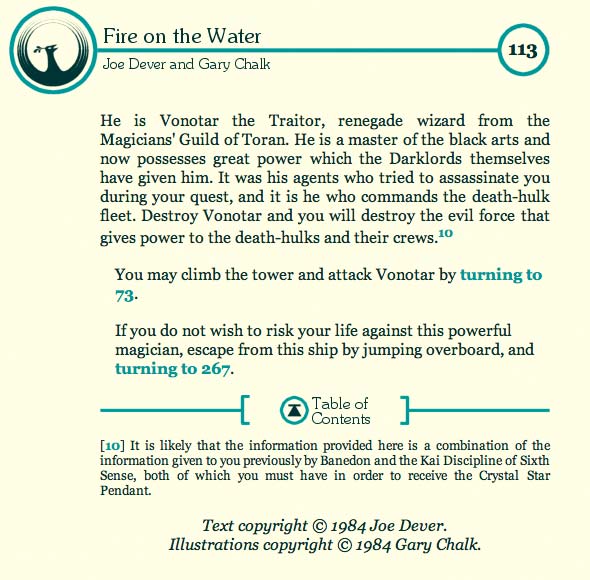 Yowza! An incredibly powerful master of the dark arts, and us without our wand or lightning bolt scar. Also, if i minotaur is half-man, half-bull, and a centaur is a half-man, half-horse, should we assume a Vonotar is only half a man as well? Because that would make our decision a lot easier. If he were a Vinotar and thus half-man, half-Vin Diesel, we'd have to tread carefully.

So what'll it be, fellow adventures? Boldly charge into the face of potential death, or leap into the waters in a quest to finally answer our earlier scientific conundrum?

15 Responses to Are you a half-man or a half-mouse?!