This week's Character Design Challenge is a bit late according to the Zodiac calendar, but nonetheless it's time for Virgo! 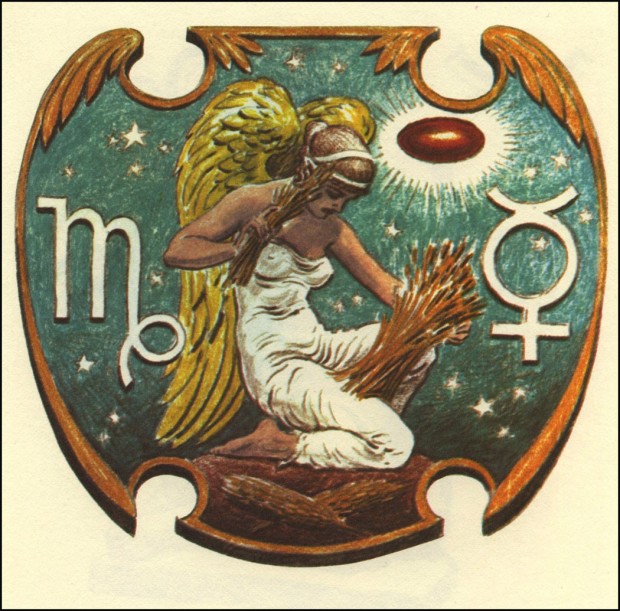 Yes, your challenge for this week is to design the coolest character image possible with the theme of "Virgo". You could design something reminiscent of famous virgin warriors in history like Diana or Artemis, or you might design a spacecraft named "Virgo", or you might draw inspiration from the historic origins of the name:

In classical mythology two prominent figures associated with the constellation are Erigone and Astraea. Astraea was the Roman goddess of justice and the administration of law. Sickened by the wars of men, she was the last of the celestial beings to leave the earth for the heavens and is often depicted with the wings that allowed her angelic ascension to the stars. It is said that Zeus placed her amongst the stars as the Virgo constellation along with her scales of justice to depict the constellation Libra.

Erigone was the name by which the first century astrologer Marcus Manilius referred to the constellation. As the sign of the harvest, Virgo held strong connections with the time that grapes were gathered for the production of wine and Erigone represents an aspect of this association. She was the daughter of Icarius, who received the secret of wine making from the Wine God, Dionysius, and was murdered by peasants who believed they had been poisoned by his wine. Erigone was led to discover his body by their faithful dog and hanged herself in grief. The gods were moved to pity over the tragedy and transported the family to everlasting glory in the heavens : Icarius became Boötes, Erigone became Virgo, and the dog Maera, the constellation Canis Minor.

Good luck everyone! No more than five (5) entries per person this week, folks, so make 'em count. I think this is one of the tougher signs to do, so I look forward to seeing who can nail it. Although that's probably a poor choice of words ...