Poll Position: The villain’s the thing

Last week we took a look at who your favorite comic book super-hero is, someone who may or may not be considered "the greatest" by some segment of fandom, but who nonetheless holds the premier spot in your heart. Shockingly, Batman won.

This week I want to ask you the same question, but about villains:

Remember, this isn't about who the baddest of the bad-asses is or who the greatest villain EVAR is -- it's about your personal favorite, the one who you maybe like against all odds and even knowing maybe it's kind of stupid. But that's your guy! Last week the ones you all added were mostly very good, so I'll once again leave that option open this week. I appreciate in advance your continued self-editing!

So looking over that list, I'm no question going to have to choose MODOK. I mean, just look at the guy! 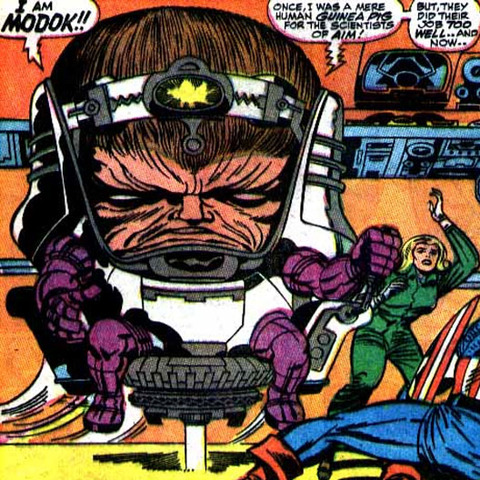 Sound off in comments and tell us who your favorite is, and why.

29 Responses to Poll Position: The villain’s the thing