The gang at Project: Rooftop have a cool new feature where they redesign an old public-domain character along modern lines, kind of like we've done a time or two with character contests here at HeroMachine.com. Their first pass is with "The Red Cross": 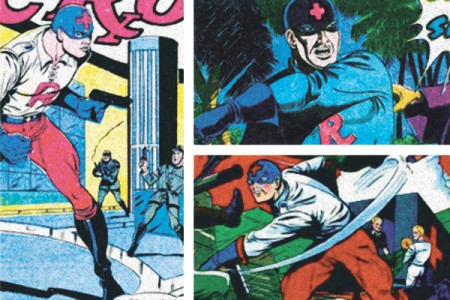 However, they've overlooked his greatest enemy -- the hypervigilant copyright attorneys employed by The International Red Cross. They're almost as vicious as Girl Scout lawyers!

I always like the thoughtful super-hero fashion design stuff at Project: Rooftop, and this looks like another great feature.