After many many months, I have finally finished Danny Beaty's prize for winning Caption Contest 51, a custom black and white illustration of his character "Black Ant": 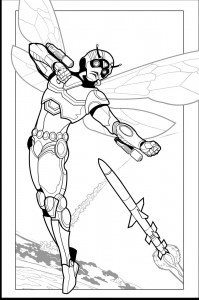 Here's the original HeroMachine version, just for a point of reference: 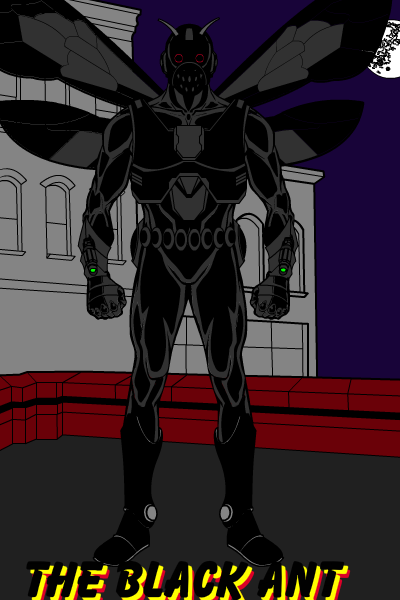 As you can see, I changed up his armor and blasters quite a bit, and his helmet a lot, so we could get exactly what he was supposed to look like.

I also want to thank Danny publicly for being so patient while work on HM3 delayed the completion of his prize. Thanks Danny!

I am going to try my best to finish all of the outstanding contest prizes before New Year's. I doubt I can actually do it, but I'm going to try, darn it!