In a tough week filled with very strong entries, the winner of Caption Contest 50 (and his own custom black and white illustration of whatever he likes) is ... Tal! 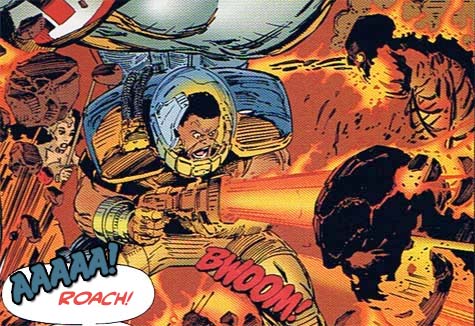 We had a lot of really good entries this week again, you guys are on fire! Or maybe that's Brigade's gun from the panel, I'm not sure. Regardless, I felt the following entries should be singled out as Honorable Mentions:

Look for Caption Contest 51 (can you believe it's been almost a YEAR of doing this?!) coming up soon for YOUR chance to win your very own custom black and white illustration of whatever you like (within reason)!