Men of the DC Universe contest 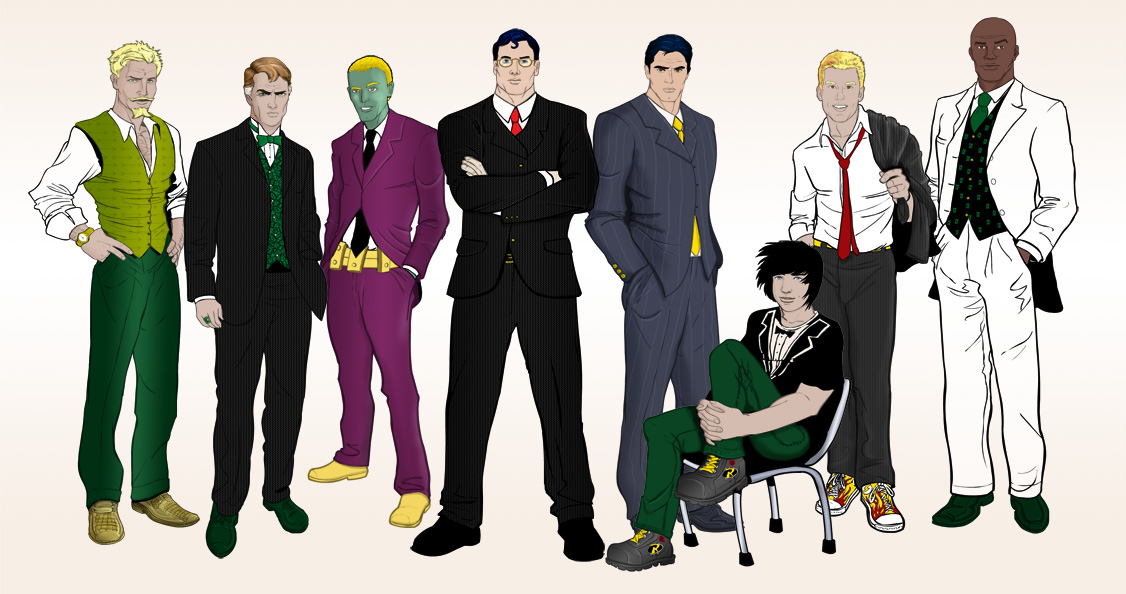 A commenter noted that it wasn't as cohesive as the original women's poster, so I changed it a bit to have all of the men wearing black:

I'm not sure which I like better. All black is definitely more cohesive, I think the commenter was right, but the color one is more fun. I can't decide.

Besides the fact that I'm nowhere near the artist that Hughes is, I'm pretty happy with the results overall. I particularly like Oliver Queen's stance, look, and overall attitude. I'm least happy with Bruce Wayne, something about the whole figure just doesn't look quite right. I can't figure out what, though. And Brainiac's head bugs me, I think it needed to be squatter rather than so long and thin. Oh well, maybe I'm not so happy with it overall. This is the curse of the artist, every time we look at something we've done, all we see are the flaws.

Here's a closeup of Oliver Queen, so I can focus on something positive instead:

Also, please note that all character concepts and likenesses are © DC Comics, and are used here for entertainment purposes only.

4 Responses to Men of the DC Universe contest