Each Monday I try to make a somewhat coherent story by taking one and only one panel from each of ten randomly-selected comic books. For this second edition, I'm going to introduce a couple of brief text transitions, hopefully that's still within the spirit of the idea.

This week's random bag of fun featured demons from the pit of Hell, a Native American super-hero adventurer, aliens from Venus, and a children's book illustrator / freelance bounty hunter. Throw them all into a blender, mix with a couple of shots of Tequila, and you get the exciting adventures of an insane young man on the prowl for love in Sin City, Las Vegas!

On their way to GenCon, an unusual group of friends has a disagreement about how fast an encumbered gryphon can fly under D&D 3.5 rules ... 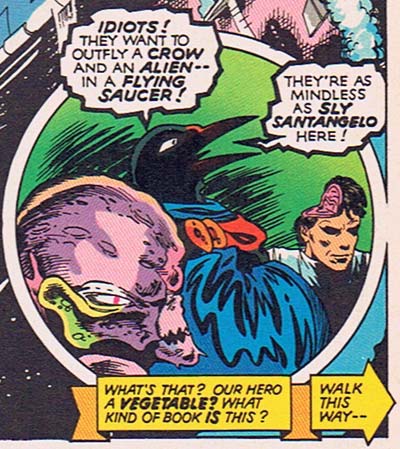 Offended, Sly gets out at the next Burger King pit-stop and wonders what to do with himself. 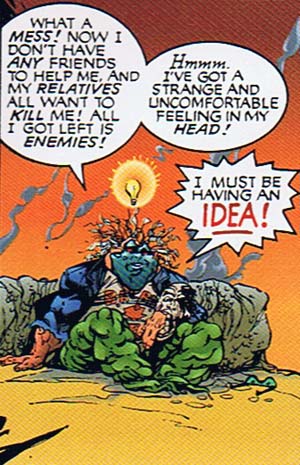 That idea? Clean up, get a haircut, and head to The Venus Club in Las Vegas so he can ... 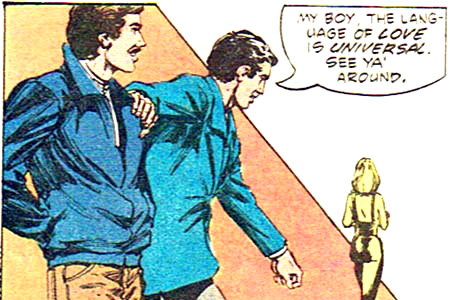 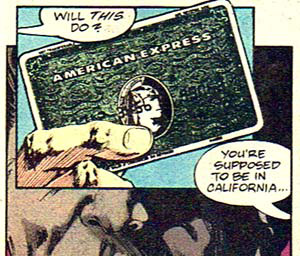 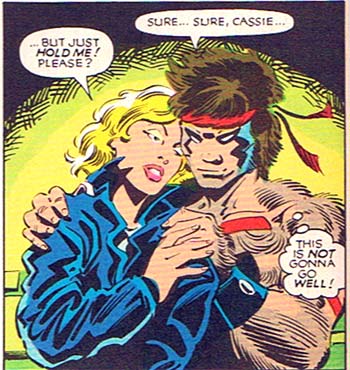 How insightful young Sal was, for upon ripping off his shirt, the young woman pulls away in revulsion: 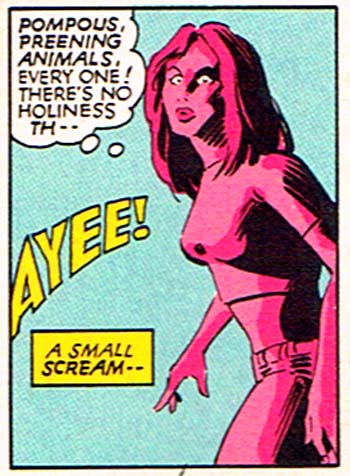 At the threat of losing his "sure thing", Sal whips out his "Badger" costume (which would have been a real hit at the Con) and freaks out: 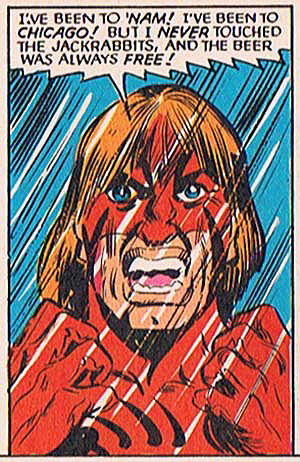 Perhaps fearing this particular John was even crazier than he'd first seemed, Cassie gives in (while putting on her spiked brass knuckles, just in case). That was an AmEx after all ... 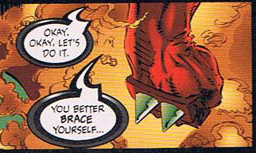 And a discreet amount of time later ... 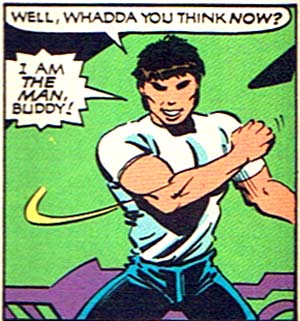 Indeed you are the man! Well done, crazy adventurer! Until next time, this is ...