Everyone's been able to enjoy HeroMachine 2 and the expansion for free for quite a while now, thanks entirely to UGO. Because they're both paying the hosting costs and providing my daily bread, I've been able to work on the program full time. And what makes that possible for UGO? Ads.

So as you can imagine, good ad placement is pretty much key to making this whole free thing work. As a result, we're trying to come up with a way to include an ad right in the Flash applet itself instead of just placed around it on the page. The proposed interface looks like this (click for a larger version): 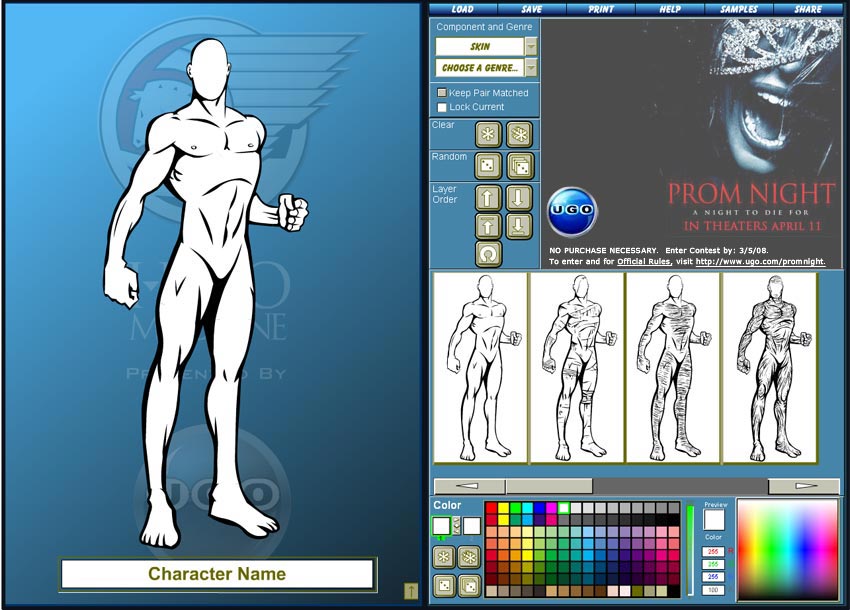 Let me know in comments what you think about this change -- is it too much, or alright? I removed the icons for some of the basic functions like loading and saving and moved them to a menu across the top, how do you think that is working? What about the loss of the message window?

Update: After some discussion on the HeroMachine Yahoo Group, I have submitted this tweaked version for consideration (click for full size version): 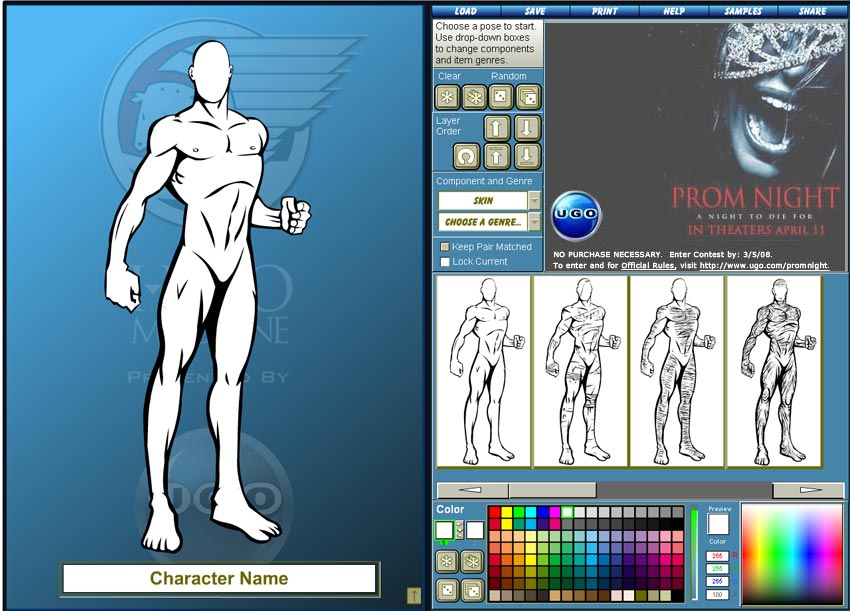 I've included a small static text box explaining to the new user what they should do. I also moved the dropdown boxes for component and genre closer to the previews, as that's where most of the activity occurs.

This entry was posted in Meta, News & Updates. Bookmark the permalink.

6 Responses to HeroMachine and ads