This weeks Anime Talk will be a mini review of the Anime series "Bubblegum Crisis: Tokyo 2040".  This anime series which originally aired in Japan on TV Tokyo in 1998 and ran for a total of 26 episodes is a retelling/reboot of the original OVA series simply titled "Bubblegum Crisis". Tokyo 2040 like the original follows the adventures of four women; Priss  Asagiri, Linna Yamazaki, Nene Romanova, and Sylia Stingray collectively known as the Knight Sabers.

The Knight Sabers is a vigilante/mercenary group that  uses high tech power armor called hardsuits in the series to combat rogue Boomers. Boomers are a type of Bio-mechanical robots created by Megacorporation Genom in the wake of a massive earthquake that nearly destroyed Japan. The Boomers which were created to help Japan rebuild have been seeing increasing numbers of them going mad/rogue causing them to go on a mass killing spree when it happens. Sylia who has an obsessive hatred of Boomers formed and funds the Knight Sabers to destroy these rogue boomers, which has brought them into conflict with Genom and law enforcment.

While I prefer the original Bubblegum Crisis OVA's ( and its squeal Bubblegum Crash ) the Tokyo 2040 series is a fun, action packed anime series that is sure to entertain anyone who has a love for Mecha style Anime.

This weeks "Anime Talk" will be a short review of the of 1989 anime series "Ranma 1/2".  An adaption of the of 1987 manga series of the same name and is what is considered to be a harem anime.  What is harem anime you might be asking ? In short a harem anime is basically an series with one main character, typically male that finds himself surrounded by at least three often more beautiful female characters that have romantic interests in him.

The series begins with the Saotome's in their alternate forms fighting each other in the streets arguing about an arranged marriage Genma made with his friend Soun Tendo to one of Soun's three daughters Akane Tendo who as fate would have it hates "boys" meaning males her age, Ranma being no exception. The entire series revolves around Ranma's desire to break the curse, while attending high school with his fiance. During the course of the series Ranma and Akane become closer while at the same time maintaining the that the both still do not care about each other. The relationship of our two love birds are further complicated by the need to keep Ranma's secret and by the fact the Ranma is pursed both in him male and female forms by many other suitors which makes Akane jealous even though she denies feelings for him.

All in all I have to say Ranma 1/2 is a fun action filled  series that keeps things light and humorous. In my opinion it is a must see Anime that is one of my personal favorites. 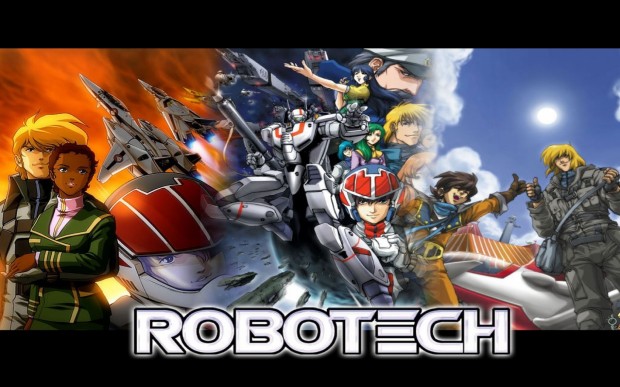 This weeks Anime Talk I want to discus the Western Habit of taking an Anime series and then severely altering  it but editing out scenes, and or completely changing  the dialog so that the series is no longer anywhere near what the original source material was. One of the biggest offers of this is series known as Robotech. What we know as Robotech was originally three separate and unrelated anime series Super Dimensional Fortress Macross, Super Dimensional Calvary Southern Cross, and  Genesis Climber Mospeada. These three Anime were bought buy the company that made Robotech and were nearly completely rewritten and meshed together.

There are many other examples of this happening also,  The Original Voltron ( Originally named Beast King GoLion in Japan ) was another series that was heavily rewritten for the original, and The Anime Sailor Moon was edited to turn it from a Teenager and Young Adult show  into a kiddie show on Western tv.  I an an anime fan find this to be a bad thing and the only reason I can think of for it to be happening is that I think that the predominate point of view in western culture  is the cartoons are for kids, that adults wouldn't want to watch them and so they must be edited and changed to remove any of the adult themes and stories. What do you all think about the Bastardization of Anime for the western Market ? Do you think it is a good thing, a Bad Thing, or does it just not matter to you ? 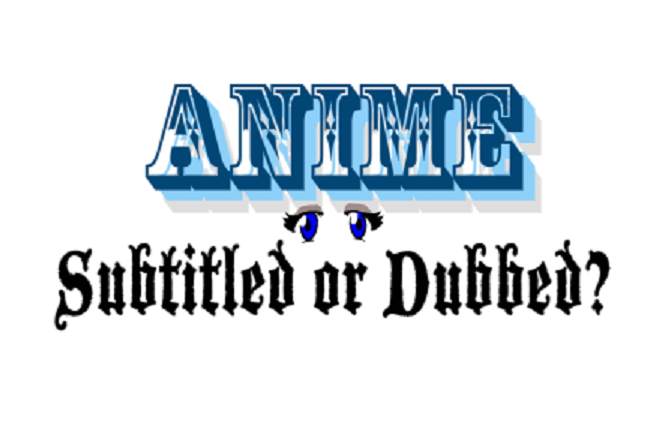 This week on Anime Talk I want to discuss Subtitles and Dubbing.  What I would like to know from the Anime fans in our community which do you prefer ? When I first got into Anime myself I went out of my way to avoid Dubbed Anime  because at least 85% of all Shows I saw that were dubbed had HORRIBLE voice actors. I preferred Subtitled because though I did not ( and still don't ) speak Japanese I could hear the emotion in the voices of the actors which in my option made the shows more enjoyable.  The Voice actors of the English Dubs usually have bad character voices and can't get the emotion right most of the time.

Now however as I am getting older I find I am seeking out Dubs more then Subtitled works. It seems the the English voice actors are getting better maybe because Anime is becoming more mainstream. I do still find the voice overs could be better but now a days I find less enjoyment in Anime if I have to focus a portion of my attention on reading words that are flashing by at a rapid pace at the bottom of my screen. Plus if you are watching anime on the go on your smart phone or tablet it becomes harder to read the subtitles on the smaller screens. So unless the dubbed are truly bad, or I just can't find a copy dubbed and is only available in Subtitled format I will choose not reading while watching Anime, how about you ?