Ok guys, last week I asked you all to come up with the best caption for this panel: 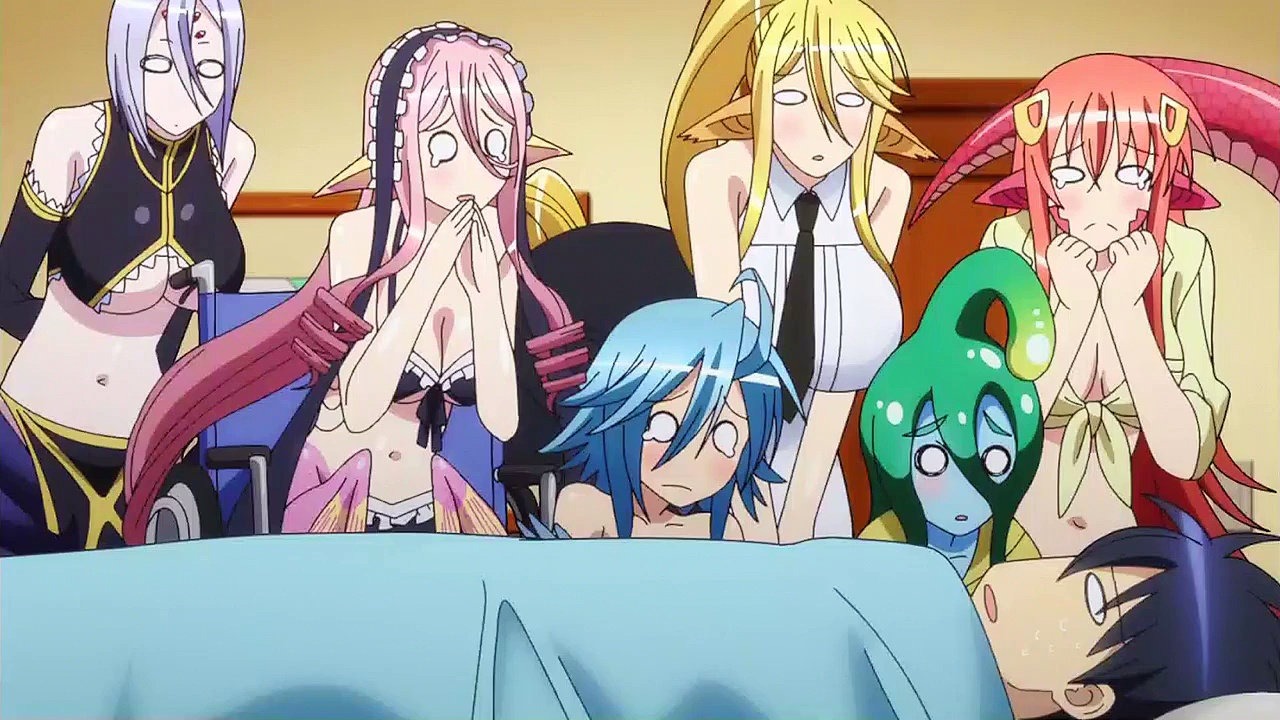 The Atomic Punk: Breathing his last, Kurusu Kimihito made a deathbed confession: “Anime was a mistake.”

Rekulhs Nathe: I swear to god there better not be boobs in my face when I wake up!

HerrD: He did NOT say he would live till the school was empty. He said he would die when there were no more pupils.

Calvary Red: The news that he was allergic to monster girls hit them all pretty hard.

But, of course, there can only be one, and our winner is.... 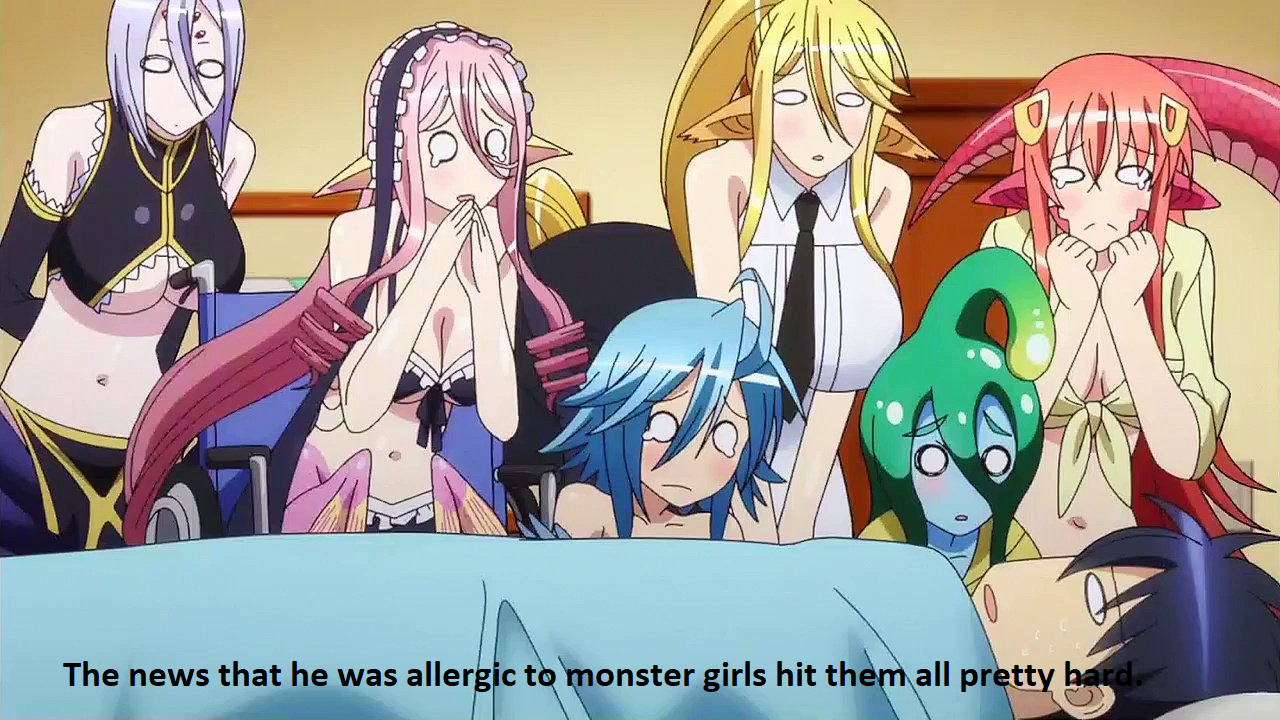 This entry was posted in Caption Challenges. Bookmark the permalink.