Hey everyone, back again with another movie review! This time we’re talking about the newly-opened Arrival, based on the short story ‘Story of Your Life’ by Ted Chiang. In this film, alien ships suddenly show up at different locations around the world and humanity is trying to figure out why and how to communicate with them. I own and knew the story going in, so I perhaps went into this differently than someone who hadn’t in that I was looking it at not just as a film, but as an adaptation as well. I’m going to keep this one spoiler-free. To be honest, even though I also write spoiler reviews, I don’t think I’m going to for this one because it’s a film you should see and experience without foreknowledge, other than perhaps the source material. So let’s get right into it.

Where to begin? This film is beautiful. There’s a shot early on, a wide aerial shot that lasts for a quite a long time, that is breathtakingly gorgeous. Inside the ship, especially the first time they enter, is fascinating. And the written language of the aliens (called Heptapods) is every bit as beautiful and how I thought it would look when I read they story, but with an almost ethereal quality as well I didn’t expect. The movie overall, outside of these few examples, has great cinematography that can be both realistic, down-to-earth when it needs to be, but can also be grandiose and huge as well. I don’t want to give anything away on the Heptapods themselves, but they also looked the way I thought they would, and the effects on them were very well done. 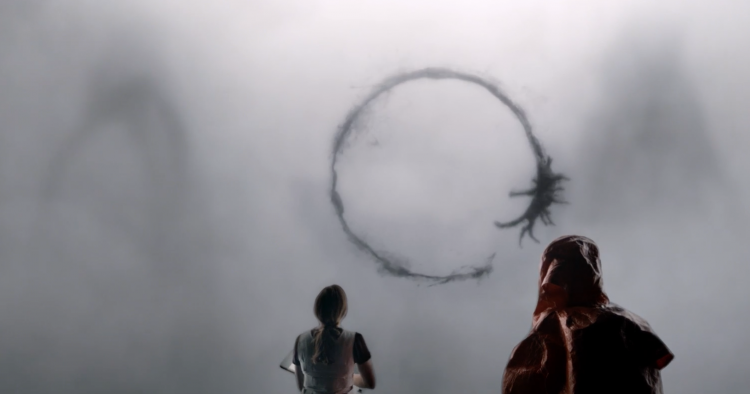 The characters in this movie were wonderfully realized by the cast. It was so nice to see Amy Adams in such a good movie after seeing her earlier this year in Batman vs. Superman. Her character in this film is the complete opposite of the useless, damsel-in-distress Lois Lane ended up being, as she tries to navigate this incredible occurrence in dealing with alien life, but also having to deal with the military and government and what their agendas are regarding the visitors. Not to spoil the book, but there wasn’t much of the impact of the Heptapod’s landing and how humanity was dealing with it in the story, and that was added to the film. To give it more realism, I would assume, and some added tension by showing how ‘well’ we would likely deal with such an event. Although there is one thing about the cast I really like, and it’s the same with the story. While there is plenty of military personnel (such as Forest Whitaker), our two main protagonists are a linguist and a physicist (Jeremy Renner). It’s always nice when an alien movie goes in that direction.

As far as the story goes, as I said, I went into this as an adaptation. And let me tell you, this is one of the truest adaptations I’ve seen in a long time. There is very, very little changed, only one real detail I can think of, but it doesn’t change the story in any way. From the very first scene it not only tells the story but captures the tone of the story just perfectly. While there is some ‘other stuff’ put in to show the impact on the rest of the world, there is far less of it than the trailers make it appear. When I saw the trailer I was lamenting ‘they’re gonna put action-y stuff in here to make it more exciting, aren’t they?’. Without spoiling anything, if you go into this movie looking for the kind of action-type movie, you will be disappointed. This is a slow burn. And that’s what it needed to be. To have it turn into Independence Day or Pacific Rim would completely ruin the story, and would have put my score for this film at exactly zero. So I was infinitely glad this wasn’t the case. I was wondering how they would adapt this given how the structure of the story was framed, but they nailed it. So, awesome job. My only, and minutest of gripes with this film, would be some of the added stuff, if only because I wanted to stay with the two main characters and their interactions with the Heptapods and ignore the rest of the world for the most part. But that is probably more due to the fact of me knowing the story beforehand. It did add to the story, though, so I don’t want to say it was all bad, and any time they seemed to steer off into ‘familiar’ territory as far as alien movies go, it was quickly quashed and moved past and I really appreciated that. 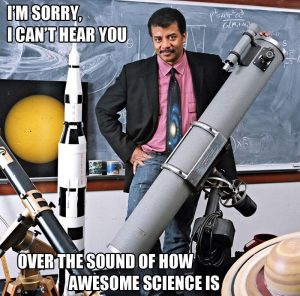 In conclusion, this is one of the best films I’ve seen all year. In fact, as of right now, I’d say this is my top film for 2016. Considering the films I usually go to see, that might sound strange, but I was really excited for this one and it paid off in spades. I highly, highly recommend this one, and the story it was based on (I have it in an anthology, which has other, equally awesome stories in it as well!). I used the word beautiful in this review a lot, but it really was, in a way I almost can’t describe. In short: GO SEE THIS MOVIE.

This entry was posted in Fantasy & Sci-fi, Movies and TV and tagged movie review, movies, reviews. Bookmark the permalink.