What Were They Thinking: Trouble

Well, here's something I haven't done in a long time, but I just found out about this one and boy is it a doozy. Anyway, for those that don't know, What Were They Thinking is a series where we take a look at the stupidest, most ill-advised moves in comic book history. And this week, Marvel's in Trouble.

So, doubt anyone has any clue what this is, Marvel have done their level best to bury it as deeply as they possibly can. Back in 2003, the guys upstairs in Marvel decided to try to bring back the Romance genre of comic that had been popular in the 1950's, so they gave Mark Millar the go ahead to do a five issue limited series on their EPIC imprint. The comic in question centred around two brothers, Richie and Ben, and their respective girlfriends Mary (the shy one) and May (the "wildchild"), and was set in the 1970's. During the course of the story, many standard romance comics hijinks happen, couples getting it on, characters worrying about how their relationships are going, May cheating on Ben with Richie and, of course, teen pregnancy. Yup, Marvel had a romance comic that featured one of its main characters, who was meant to be 17 years old, getting pregnant. So far, so "this is going well isn't it". Of course this leads to talks on abortion and facing up to ones mistakes, plus there's some running away from home and suicide prevention, which is a really great thing on paper, really hard hitting social commentary in there if handled correctly, but they were in a romance comic. You are trying to relaunch a genre that was dead in mainstream comics for decades off the back of teen pregnancy, abortion and suicide. Well, that's brave. Oh wait, this was on EPIC wasn't it? Well, that explains most of that. Carry on.

The story wraps up with May deciding to go through with the pregnancy and then give the child to Mary, so Mary can test Richie's loyalty to her and May can pretend nothing ever happened. Nice one. Because.... well you don't offend the anti-abortion crowd I guess, and the girl who is pregnant but doesn't want the baby doesn't have to keep the baby and actually live with her mistakes, so that's... good?

But then things get worse. Anyone who reads a certain comic series, or has seen a specific set of movies or cartoons, may recognise the names of the characters involved in this story. Certainly the names Ben and May should be familiar. That is because what I have just described to you is literally the origin story of Peter Parker. I am not kidding. It might not be "canon" but Marvel intended this to be an origin story for Spider-Man. Richard and Mary Parker being Peter's parents and Ben and May being Uncle Ben and Aunt May. Yup, that there comic shows Aunt May getting off with Peter Parkers dad. There's some soap in the washroom if you feel the need to scrub your brain. Oh yeah, and that gives us the startling revelation that Aunt May is actually Peter's mother..... 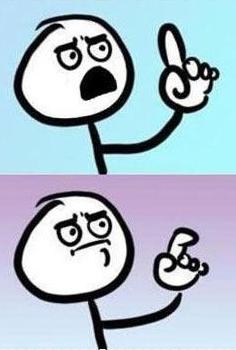 (Also, great example of Marvel's sliding timescale here, because in the real world, around time this comic was set, Aunt May was in her 60's or 70's and Peter had not only been born and grown up but had been Spider-Man for a good 10 years.)

Oh and it keeps going. The cover I show up top is the first cover for the series, fairly standard comic book cover right? Well back in the old days, Romance comics would often have photos on the covers, so Marvel tried that out on future issues. And then they got caught up in a scandal when it was thought that the models they had posing in bikini's on these covers were possibly underage. They weren't as it turns out, but that's just the cherry on top isn't it. You try to relaunch a genre you haven't published in nearly 50 years, make the story about some really controversial subjects, make the main characters well known existing characters that no-one wanted to see in this sort of situation, tie in one of the most popular characters you have in the most awkward way possible and then top it all of with alleged distribution of sexual suggestive material of minors. Hand clap for Marvel everyone. No wonder they dug a hole to the centre of the Earth to bury this one.

And just to round everything off, the comic was criticised for not being representative of the time period it was set in, the characterisations of all the characters involved was questioned for not fitting with established continuity (and being cookie cutter bland characterisations anyway), as was the actual content (you know, it had already been established that Richard and Mary Parker met whilst working for the CIA and none of the characters looked much like themselves as shown in Spider-Man comics previously).

So basically, Marvel didn't do anything right.

Still, better than One More Day.

If you guys want to see more of these, let me know in the comments below. I'm sure I can find a few more things to dredge up.

This entry was posted in Comic Book Stuff, What Were They Thinking. Bookmark the permalink.

6 Responses to What Were They Thinking: Trouble