This weeks profilee has a fantastically unique style that is unlike anything else I've seen in Heromachine. His creations have a very cool cyber-punk style, mixed with a cartoonish edge that makes them stand out from everyone else. And luckily for everyone else, he does take requests (which I have taken advantage of in the past). Plus he's a cool dude anyway, which is always a plus. So, ladies and gentlemen, please give a big hand to Son4.

Origin of Name: You would have to ask my great grandfather’s parents about that 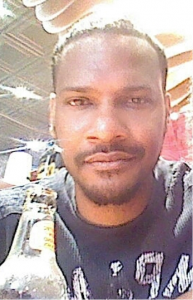 Real Job: Being bored out of my mind (service rep for a tech company)

Favorite Artwork: I think this one, I think it is the most polished piece I’ve done so far 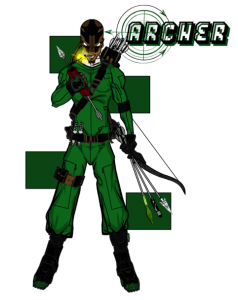 Favorite Geeky Movie: A terrible 1978 sci fi masterpiece called Message from Space. We couldn’t afford to go the movies much when I was a kid so the bootleg VHS copy of this movie was my Star Wars.

Favorite Geeky TV Show: Right now I am geeking out on the BBC series Utopia

Favorite Comic Book Character: Can’t pick just one but I like the smart guys , Mr. Terrific , Reed Richards anyone whose superpower is having the biggest brain in the room.

If You Could Have One Super-Heroic Power In Real Life: have to go with teleportation

I like the idea of being able to manipulate time and space.

In Your Leisure Time: Hanging out with my daughter, listening to music, I am a huge film buff and I read anything that’s written down.

Character Design Turn-Ons: I like the little things, details like zippers folds in clothes. And facial expressions, my homeboy/arch-nemesis Anarchangel has done some of my favorite pieces on here and it’s because of the great faces and details he creates.

Character Design Turn-Offs: I have one but only in the sense that I don’t like to do it myself I think it’s called zypping. Quite a few people on here pull this off really well AMS, Linea and JR just off the top of my head. But the effect can go wrong especially when you try to shoehorn into a cartoonish style like mine.

Any Personal Message You’d Like To Share With The Heromachine Community About Geek Life: These days words like “geek” and “nerd” are basically marketing terms, Labeling requires overthinking which is something you should never do when it comes to things you enjoy ( unless those things are meth, rape and/or murder, you should really think twice about those). Just do you and respect everybody else’s right to do the same.