I know I don't do Character Of The Week as a regular blog post anymore but I thought I might as well bring it back as a one off because I feel that this picture is in need of being singled out for sheer awesomeness. 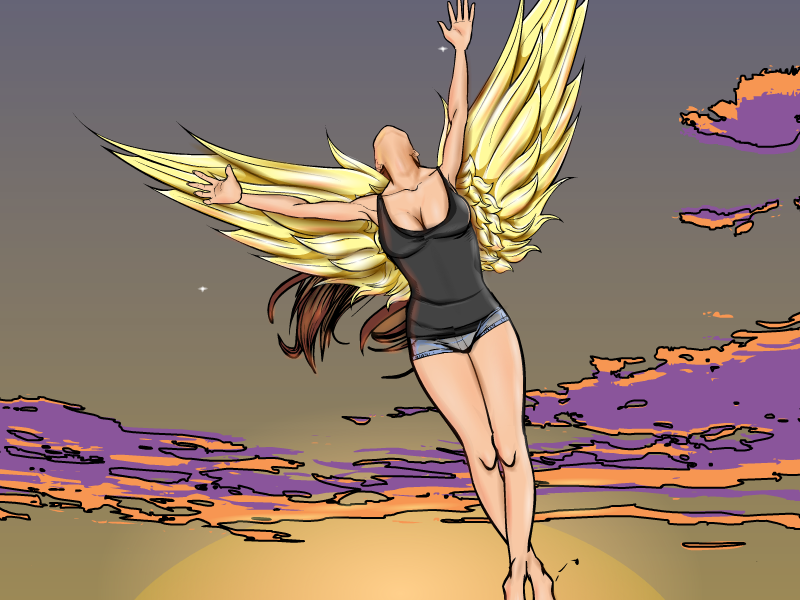 Now, Cadruth has been doing a lot of truly amazing stuff recently (if you haven't checked out the forum thread Candruth's Characters :3 you've really been missing out), but I think this one takes the biscuit, if not the entire cookie jar. And if I had to single out one reason and one reason alone (which is quite hard actually), it would be the shading.  The use of colour here to accentuate and add depth is truly superb, especially on the wings and on the neck. And whilst we're on the neck, I have to applaud Candruth's posing here. It is fairly difficult to do a raised head in Heromachine, mostly because the join between the chin and the neck is quite hard to get right, but it is pulled of brilliantly here and the use of shading just add to this. I also have to make mention of the colour usage here. We'll start of with the colour usage in the shading, because I haven't gone on about the shading enough yet, but it's nice to see shadowing without using black (especially as someone who uses that technique exclusively) it adds much more vibrancy to the picture and allows the highlighting to make the subject shine. Then we have the contrast between foreground and background. Whilst I do think there could have been more done to the background (maybe loosing the outlines around and adding some shading to the clouds, as they look quite flat currently, also maybe a few more stars would make it more visually pleasing) but the overall sunrise/ sunset (I think it's more likely meant to be sunrise going by the colours) effect is very nice and it contrasts well against the main foreground colours, the light creamy gold of the wings against the slate grey is especially effective. Overall a very impressive composition.

5 Responses to Character Of The Week: Candruth- Summer Flight