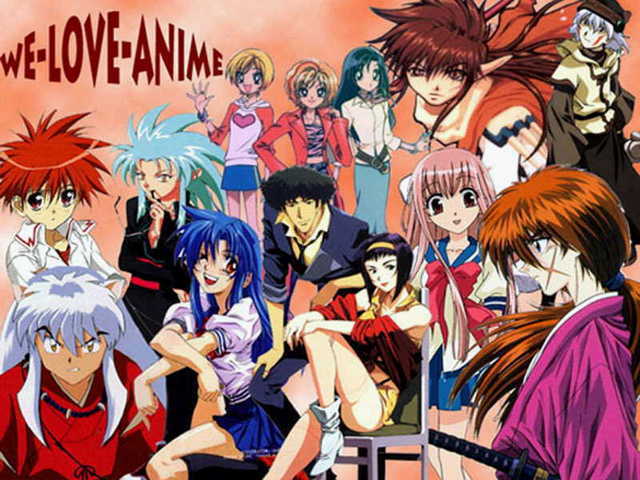 This weeks Anime Talk is all about you! That's right YOU! I want to know how you got into watching anime? What was your very first anime movie or series you watched? and do you have a personal all time number favorite anime? Leave a comment below giving us the scoop and why you like anime or why you hate it!

My story is rather simple. I had a friend named Goose ( his actual name was Rob be we all called him Goose ) who was an avid fan of anime. Whenever I went over to his house he would try to get me to watch Anime. Truth to tell I actually hated the stuff at first for as I have mentioned before that first thing he ever showed me was Akira which BORED ME TO TEARS!! Well Goose was a very persistent man and after a long struggle to get me to change my opinion on the subject he finally hit upon a series that peaked my interest. Red Photon Zillion! ( Expect a mini review on the series in the near future )

After that first chink in my stubbornness armor was created I found myself slowly but surely watching more and more Anime and I became a true fan of the stuff. So that is how I was introduced to Anime, by a friend who turned out to be even more stubborn then I was, and while Zillion is not my favorite anime ( my current favorite is Kaze no Stigma ) it still holds a spot in my heart as the gateway drug that got me hooked on this particular form of entertainment!

9 Responses to Anime Talk: Your Story!