With sincere apologies for taking so long on what was, at the end of a day, a very easy fix, I have updated HeroMachine 3 so that when you pick the "Standard Female Load" option on the start screen, you actually get a female and not a glowering male warrior. What you now get is this: 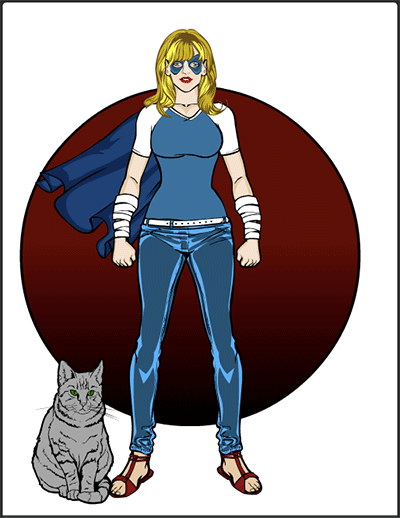 Note that while the Standard Male appears in black and white and nude, the female has color and items. That's because a lot of the female items don't go in the right place or aren't positioned properly to fit on the standard female body. In order for the rotation, scaling, and positioning to hold, I have to have an item actually present on the canvas. That way when you change it to one you actually prefer, it's in the right spot. Also too, colors are nice.

All of this is temporary (for certain very long values of "temporary", as history has shown to my embarrassment) until I get all the items converted, duped, and/or recreated so they're in the right spot by default. As time has gone on I've realized I will have to abandon my original plan of loading up standard items that are rotated on the fly to be right, and instead will have to just create whole new female sets where everything's in the proper place without fiddling with it.