For this week's contest Atlantis has been found. What do you think the people of Atlantis would look like? No limit again this week. Have fun. 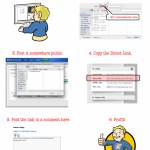 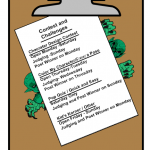