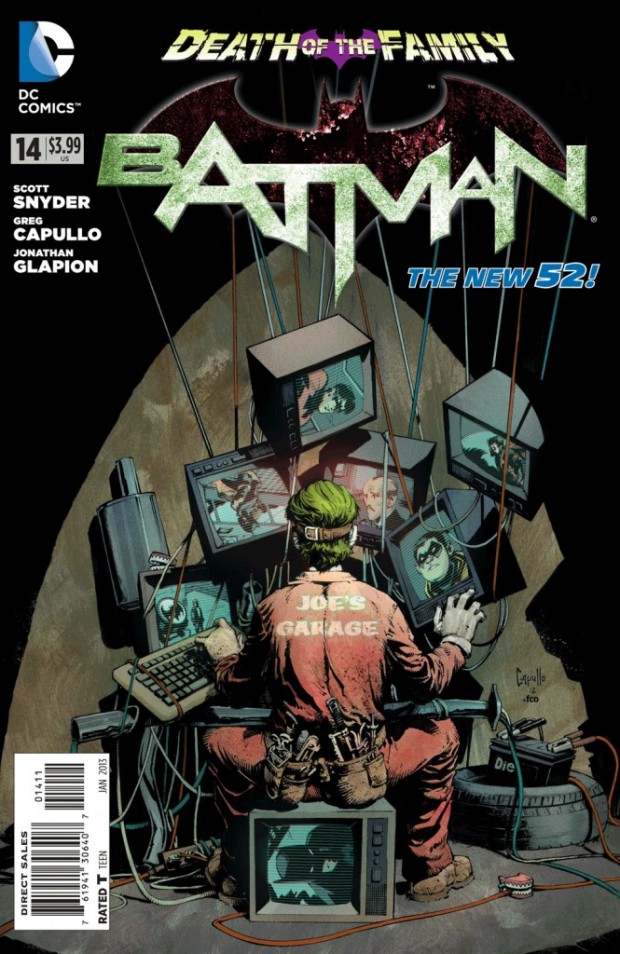 This has been one of the most amazing titles I've ever come across in almost 20 years of reading comics. I honestly don't think there's been another title I've loved so much in so many ways. For the last year and change, I've been on the edge of my seat reading this title and I dare say that doesn't look to be changing any time soon. It feels like watching a horror movie as you spend the night as a "guest" at Arkham. The only predictable thing is that you know you can be sickened, giddy, mortified and appalled at any moment and even experience two of these emotions at the same time. Honestly, I can never really wait for the next issue.

Scott Snyder has done something absolutely astonishing in this series. He's made us feel afraid for Batman again. I don't think I've actually feared for Batman's safety since the Knightfall story arc from 1993 that spanned 6 long months of publication. Snyder has also dug deeper into Joker's insane mind and given us all new levels of creepy wickedness. Let's get to the meat of the writing now. The issue picks up essentially where the last leaves off and the pacing leaves nothing to be desired except the next month's issue. The dialogue is also amazing, especially in the interaction between Bruce and Dick. It's possibly the most psychological issue of Batman since the start of the new 52. Every time I hear the names "Batman" and "Scott Snyder," I think I know how Pavlov's dog must have felt.

The pencils from Greg Capullo are as good as the script. He hasn't yet illustrated a bad issue of the current Batman run. The wonderful thing is that it has a feel similar to the 90's animated Batman cartoon, but slightly darker and grittier. Jonathan Glapion's inks are pretty awesome and help with the darker feel of the issue. he manages to fill half of the page with the deep shadows that Gotham is known for. Then there are the glimpses of brightness that are brought out in FCO Plascencia's colors. All of this together makes for a hell of an issue. The Joker's new look, above all else has had me quite intrigued. He seems to dress more to his mindset, thinking that he's actually fixing a problem. From the first page to the last, the art team here is pretty awesome.

I have to give this issue a 5/5 for sheer excellence. The way that the writer and artists work together on this book is rarely seen in such quality. I doubt there's anything they could have done differently that would have made it better. If you're a fan of batman or any of the Batman Family, this arc is one that you really shouldn't miss.

This entry was posted in Cool Characters, Super-Hero Stuff and tagged reviews. Bookmark the permalink.