That sounds like a really bad Marvel super hero group from the Seventies. But it's not! What it is, is a new Companion-Humanoids set now available for HeroMachine 3. Here are the new entries: 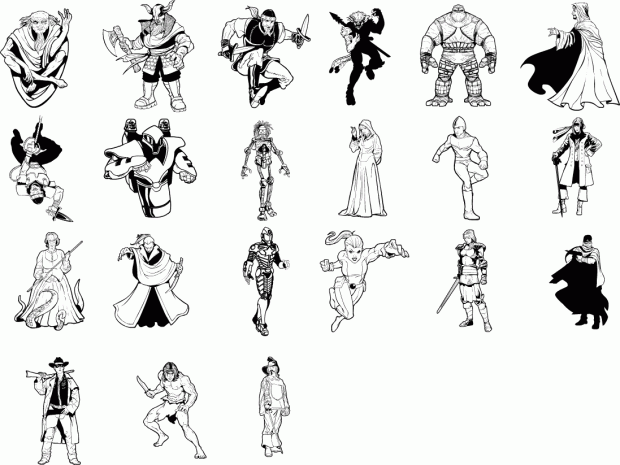 The first ten or so are redraws of items that are in the HeroMachine 2 humanoid set that I always meant to include, but forgot about. The remaining items were mostly Sketches of the Day that were easy to cut and paste into the program.

I've gotten a number of questions about why I am doing these when I said I was done adding new items for now. And the short answer is, because they were both easy and fun to do. The hard part is drawing the line art in the first place, and since that was already done for the majority of these, it was no big deal to add them in.

I'm now back in the self-imposed new-item-moratorium. I hope you enjoy these new additions!